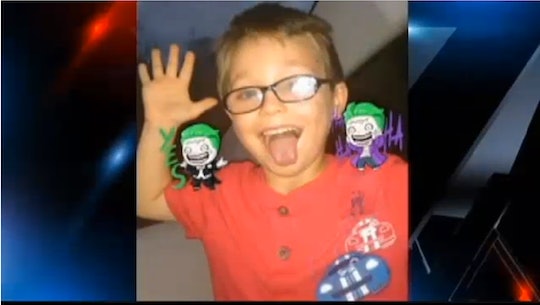 Yet another tragic school shooting occurred last week. On Wednesday afternoon, a teenage boy opened fire on the grounds of a South Carolina school; Only three people were shot at the school — a teacher and two young students — but despite a volunteer firefighter's heroic efforts to stop the incident from becoming even worse, the shooting still claimed the life of one of the injured students, Jacob Hall. According to his mother, Ranae Hall, Jacob Hall's funeral will be superhero themed. "Jacob wanted to save everybody," she told reporters outside of Greenville Memorial Hospital late on Saturday.

Jacob was only 6 years old, which is heartbreaking to think about, in and of itself. A 6-year-old is full of life and promise of hope and the future — the last thing any one would want to think about is that hope ending. According to CNN, Jacob was taken to the hospital along with the other two victims, who were treated for their injuries the day of the shooting and later released. But according to CNN, Jacob had been shot in a major artery that led to a massive brain injury. FOX Carolina reported that Jacob remained on life support for three days and passed away on Saturday.

Many people did their best to protect others on the scene of the Townville shooting — a teacher, Meghan Hollingsworth, was shot while trying protect Hall and other students. The aforementioned firefighter, Jamie Brock, was able to take down the shooter before the shooter could open fire on any other students. It is heroic efforts like these from normal, everyday people that give them the distinction of being a hero. For Jacob, his badge of honor came in the form of his perpetual positivity, the cheerful smile he wore to school every day, and his hard fought effort inside the hospital this past week, after suffering grievous injuries in the tragic incident. It's why Jacob's funeral being superhero themed is so perfect.

Jacob's incredible spirit and infectious love of life has inspired his mother to take a more uplifting approach for the formal service. "I don't want suits and ties and all that," Ranae told FOX Carolina. "There will be a lot of children there and I don't want it to be scary for them. Jacob will be dressed in his superhero costume."

According to FOX Carolina, Ranae hopes attendees will wear superhero costumes or t-shirts if they want to say goodbye to Jacob. It is only fitting that someone who was surrounded by heroes during his time of death will be surrounded by superheroes as people say good bye to him.

Jacob Hall's life should not have ended that Wednesday afternoon. But no matter what, the little boy will forever be remembered by the everyday heroes who loved him most.