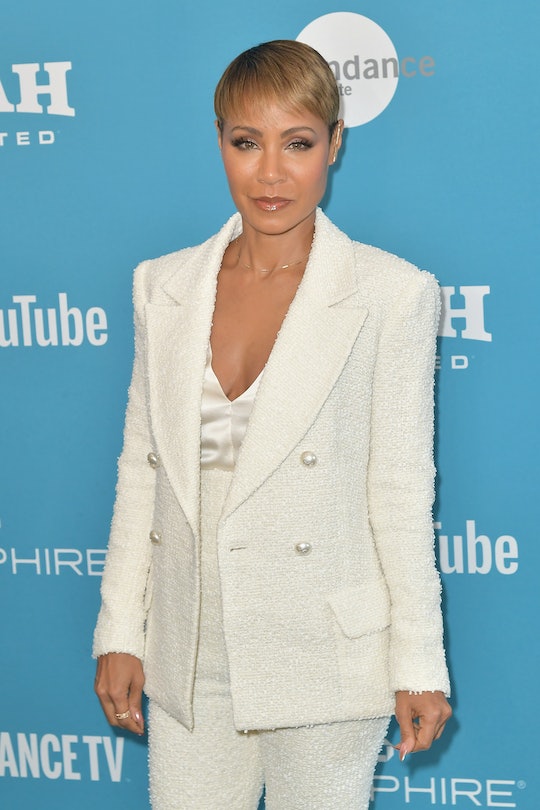 Celebrity kids are always photographed doing fabulous things, from taking beach vacations to hitting the red carpet with mom and dad, as both Pink and Jessica Simpson's daughters have. But not every kid of the rich and famous has it easy. Jada Pinkett Smith says her kids had to go earn their own money at an early age, and she wouldn't change that for anything.

As USA Today reported, during a roundtable at the recent Sundance Film Festival, Pinkett Smith revealed how she and husband Will Smith decided to raise their kids a bit differently than the average Hollywood child might grow up.

Pinkett Smith, 47, told the crowd that they decided early on as parents to differentiate between their success and finances, and their children's need to make their own way.

"They got to see very early that life's not a game and all of this right here, this ain't yours," she noted, referring to the accoutrements of success that her kids were surrounded with. The paper added that Pinkett Smith also took them to soup kitchens and volunteer opportunities as early as age 5.

As a result, Jaden, now 20, and Willow, 18, were encouraged to work for their own livelihood, with their parents encouraging them — unlike some other Hollywood moms and dads — to take film projects early. (Jaden starred in The Pursuit of Happyness and The Karate Kid, as IMDb.com noted.)

The idea, said the star, was that they would be able to better understand how their parents had gotten to where they are now.

"As much as people got on me in regards to having them work early, I did not want them to grow up thinking that because they were in the midst of affluence that they did not have to grind or work hard on their own," Pinkett Smith noted, as per People.

The Girls Trip star, who is also the creator of Facebook's popular Red Table Talk show, said that she told her kids, "Listen, you guys are really privileged and you are to learn how to ... offer yourself and be in service to the world," according to USA Today.

"They really had a lot of respect for their parents in regards to what we're doing like 'This is what it takes for me to eat? This is it?'" the actress was quoted by USA Today as saying. "Yes! These hours, this work ethic."

None of which is to say that the kids have been spared the angst of growing up.

In a recent episode of Pinkett Smith's Facebook show, which she does with her own mom and her daughter Willow as her co-hosts, the Smith kids discussed their confusion out in the real world after hanging out with dad Will and mom Jada.

Jaden talked about going out to dinner with his dad, who orders at restaurants lavishly and always pays versus the youth's realization that with friends, everyone's generally on their own. Willow recalled an episode in which other kids expected her to pay for things for them, which was devastating.

In the episode, entitled "Growing Up Smith," Pinkett Smith reinforces how proud she is of her kids' moxie. (Jaden is also an entrepreneur, model, and has a bottled water brand, Pinkett Smithed noted.) "Y'all know how to work, y'all work hard, y'all do it well, and I'm proud of that," Pinkett Smith noted, tearing up.

I love this star's approach, and it reminds me of comments made not too long ago by Mila Kunis that her kids with Ashton Kutcher "are poor," by which she meant that they will be raised to know they have to make their own fortunes in life, rather than simply rely on inheriting wealth from their famous parents. Such good advice from parents like Pinkett Smith and Kunis, who have clearly given a lot of thought about what it takes to raise a self-sufficient brood.