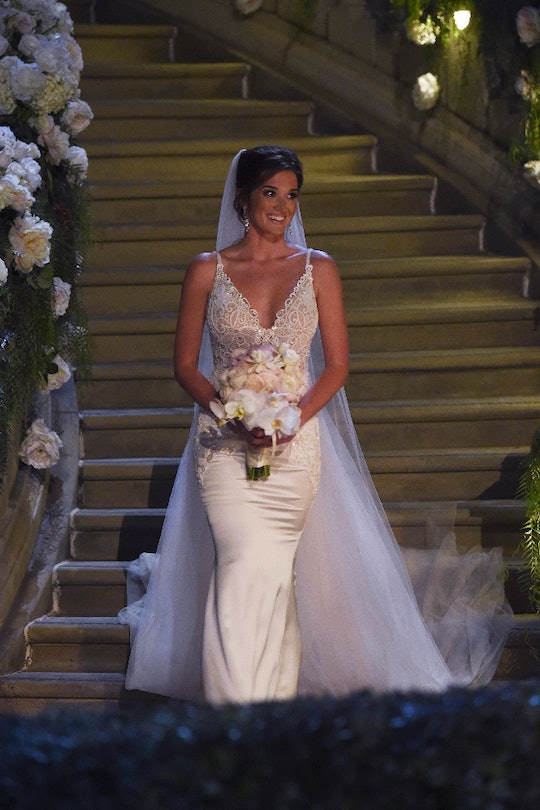 Jade & Tanner's Wedding On 'Bachelor At 20' Was Breathtaking

It is rare when two people find love on reality television but somehow, for the past 14 years and 20 seasons, The Bachelor has made that possible. Whether or not it is everlasting love — well, only a handful of Bachelors and Bachelorettes who have gotten married can tell you the truth. Despite the odds, tonight two former contestants from The Bachelor, The Bachelorette, and Bachelor in Paradise got married restoring all hope in The Bachelor franchise once again. Jade and Tanner's wedding on Bachelor at 20 was breathtaking.

The couple had been on two previous seasons of The Bachelor franchise — Chris Soules' season and Andi Dorfman's season — before meeting each other on Bachelor in Paradise, a show where former, heartbroken contestants of The Bachelor franchise come together to date one another. Throughout the weeks of being on the show, people are eliminated until three couples remain and decide whether or not they want to stay together. Jade and Tanner were one of those couples who decided to stay together and get engaged during the finale.

Since then, Jade has moved to Kansas City to be closer to Tanner and now they're building a home together. The special, which celebrated 20 seasons of looking for love, ended with Jade and Tanner getting married and the wedding was beautiful.

This year, the special Valentines Day edition of the show, Bachelor at 20, featured highlights from the past 20 seasons, special video messages from former Bachelors and Bachelorettes, and interviews with former favorites including never before seen footage like audition tapes from the former hopefuls looking for love. The two hour special ended in the marriage of Jade and Tanner.

The couple married at the St. Regis Monarch Beach in Dana Point, Calif. and featured a star-studded Bachelor nation guest list. From former bachelors to former contestants, according to Bachelor host Chris Harrison, the event was the "single largest gathering of Bachelor alumni in history." Talk about Bachelor Nation.

The couple actually got married on Jan. 24 as the wedding was pre-taped for the Valentine's Day special. The show tried to keep it a secret, but word eventually got out. The bride wore a beautiful, custom-designed gown by Galia Lahav featuring a beautiful lace bodice, plunging neckline and stunning train.

The wedding was super romantic and restored my hope in love and The Bachelor franchise. Here is hoping that Ben Higgins is just as successful in finding a lifelong partner this season on The Bachelor!