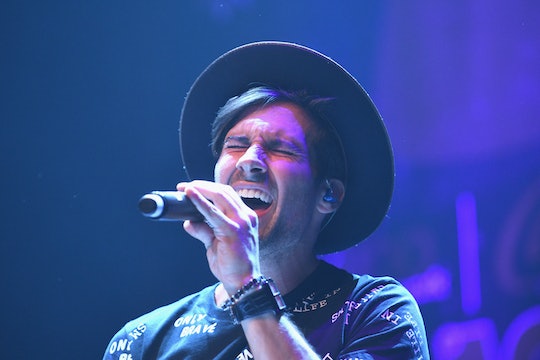 James Maslow Is Passionate About Music & His Instagram Proves It

Celebrity Big Brother is now in full swing and with the first eviction out of the way fans are becoming more curious about the remaining houseguests. One of these contestants is James Maslow, who was saved being evicted when Shannon Elizabeth successfully flipped the house vote. So who is James when he's not living in the Big Brother house? James' Instagram before Celebrity Big Brother shows he's a great singer and is extremely passionate about music.

If you didn't know who James was before Celebrity Big Brother began, you're seriously missing out. Back in the day (meaning 2009), he starred on the Nickelodeon series, Big Time Rush, and was a member of the real boy band of the same name. Since the show ended and the band split, James has continued acting, but it's his singing that will blow you away. He began with doing covers of popular tracks like "Clarity" and "Cheerleader" on YouTube, which got millions of views. From there, he released his first solo album in March 2017 and was chosen as the 2017 iHeartRadio Rising Star in July. In other words, he's incredibly talented.

Check out these photos from his Instagram below and get to know more about who James is outside of the Big Brother house.

Prior to going into the Big Brother house, James had to do what every houseguest must do, which is pack his bags. James posted a quick video on social media, sharing his thought process of what he'd bring, as well as giving fans a quick look into his walk-in closet, which was filled with great jackets and interesting shoes.

He Loves Sharing His Music

Like any artist, James uses his social media to get the word out about his new music. In January, he released his new single, "Falling," the first since he released his album.

He Enjoys Celebrating the Holidays

James took to Instagram to wish all his followers a Merry Christmas and to also share a snippet of his Christmas single, "Christmas Beautiful," which you absolutely must hear. His vocals are everything!

He Makes A Point Of Hanging Out With His "Old Friends"

When James isn't singing or acting, he's catching up with "old friends" like former One Direction singer Liam Payne. Just like James, Liam is now doing his own solo career after his band went their separate ways. Surely these two have a lot to talk about.

He Participated In A Big Time Rush Reunion

Speaking of old friends, James still keeps in touch with his former bandmates: Kendall Schmidt, Carlos PenaVega, and Logan Henderson. Pictured above is James catching up with Kendall for Kendall's morning show, Koffee With Kendall.

He Stays Physically Fit (With A Dog)

On Big Time Rush, James was known as the cute one, and honestly, not much has changed. Though his fans certainly love James for his music, it doesn't hurt that he's also pretty attractive, but his good looks require work. That's why it's not surprising that James makes time to go to the gym and work out with his friends and their dogs.

He Takes Time To Hang Out With His Fans

One reason James fans absolutely love him is because he always tries to make time for them. Whether it's talking to them on social media or stopping to take a selfie, James loves his fans as much as they love him.

He Loves His Family

Although you won't see them too much on James' Instagram, when he does talk about his family it's clear how much he loves them. Here James is having a great day at the beach with his dad.

You can see how James is doing now in the Big Brother house by watching Celebrity Big Brother on CBS.