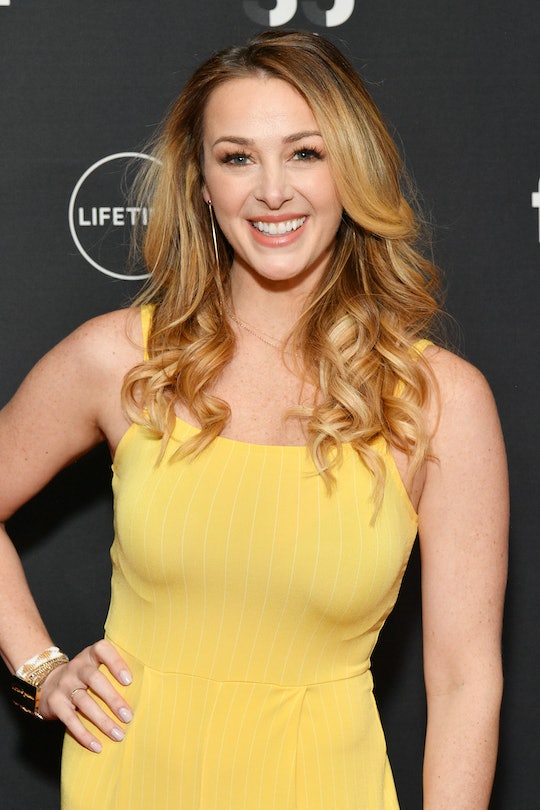 Jamie Otis Admits She Gets Nervous About Her Rainbow Pregnancy

Those who have ever lost a pregnancy — and then went on to become pregnant again — have likely felt a bit anxious about the well-being of their growing baby. Because once you've experienced this type of loss, the "what ifs" have a way of sucking some of the joy out of subsequent pregnancies. And Jamie Otis' pregnancy update reveals "somewhat irrational fears" she has about her rainbow baby.

But first, let's back it up a bit. The former Married at First Sight star — who met her husband Doug Hehner just minutes before saying "I do" in 2014 — announced in September that they are expecting their second child, according to TODAY. This news came about one year after Otis revealed she had experienced a chemical pregnancy, and about nine months after she had another miscarriage in January 2019. Additionally, you might remember that Otis and Hehner lost a baby boy when Otis was 17 weeks pregnant back in 2016. Simply put, they've been through a lot.

Clearly, Otis and Hehner have been hoping for a while to give their nearly 2-year-old daughter, Henley, a baby brother or sister. And yet they've been faced with heartbreaking loss after heartbreaking loss. Until now, that is.

In an update posted on Tuesday, Oct. 22, Otis shared that during her last pregnancy, she and Hehner found out their baby had no heartbeat when she was 10 weeks along. Now that she's finally passed the 10-week mark in her current pregnancy, the expecting mama got real about some of the anxieties she's faced.

"Leading up to week 10 I was so nervous. It’s weird bc even if I told myself this pregnancy is different (I’m not bleeding at all and I’ve seen the fertility specialist throughout reassuring me everything is fine) I *still* get nervous," she wrote on Instagram. "Anyone who’s ever suffered a loss definitely knows what I mean with the somewhat irrational (or rational depending on how you look at it) fears. When week 10 was coming up in this pregnancy I was scared. What if I get bad news again?"

As it turns out, when Otis had an ultrasound at what she thought was nine weeks along, she was told she was actually nearly 11 weeks pregnant. They even have a new due day of May 8, 2020 for this baby. Otis concluded the pregnancy update portion of her post with encouraging words to other women who are pregnant with a rainbow baby, writing:

If you’re newly pregnant with your rainbow baby (or even just in general) and 'irrational' fears creep up on ya - you’re not alone. And you’re not crazy either. So don’t let anyone make you feel like you are. If you feel like you have no one who understands you, just know I understand you. I’m here for ya, mama.

Just four days earlier, Otis had shared an emotional video of herself and Hehner watching their baby move during an ultrasound. The pregnant mama can't help but cry as she witnesses her little one wiggling on the screen, and you can see the relief on her face as she struggles to control her emotions.

I've been following Jamie and Doug's story throughout their two previous pregnancy losses, and I'm so happy for them that everything seems to be going well this time around. And I have to say, I'm in awe of her continued honesty and bravery in sharing this journey with her fans. Congrats, again, on your rainbow-baby-on-the-way!