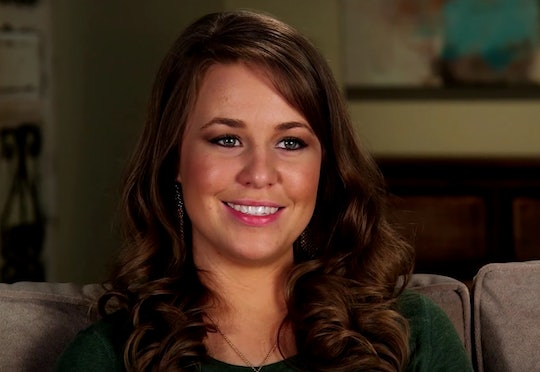 Jana Duggar Reveals Whether She's Dating Anyone At The Moment

Jana Duggar's love life is a popular topic among fans of TLC's reality series, Counting On. While some of her younger siblings have entered courtships, gotten married, and started families of their own, Jana has remained single. But this is for a reason — Jana Duggar admitted she hasn't met "Mr. Right" yet, and that is perfectly OK.

When you're in the public eye, everything is under scrutiny, and this is especially true for the Duggar family. People seem to notice and pick apart everything, from their fashion choices, to their home decor, and to their relationships. And, unfortunately, Jana Duggar hasn't been able to avoid this scrutiny. Jana is the second oldest child in her family (out of 19 kids, OMG) and the oldest of nine girls. At 29 years old, she's pretty independent and is similar to many other women her age, as she enjoys hanging out with her nieces and nephews, traveling, and tackling a DIY project every now and then. But, there is one thing that sets her apart from her other older siblings — she's the only one who is single, not married, and without kids.

Jana's singleness has led a lot of people to form theories about why she isn't coupled up. But people should just let her speak for herself. And in the comments section of a Saturday Instagram post, Jana finally addressed why she is still single. One commenter stated that they wanted Duggar to find her "handsome prince," but Jana had the best response to it.

"Still searching for Mr. Right," she wrote. "In the words of Michael Bublé, "Just haven't met [him] yet!"

There you have it. She just hasn't met the right person for her yet.

There is nothing wrong Jana being single or the fact she's not married yet. Getting married is a big commitment, and it's understandable Jana doesn't want to rush this process. People can't fault her for that.

Hopefully, this answers everyone's questions about why she is still single. And clearly, Jana is very happy with her life. In fact, she's currently on vacation in Los Angeles and having a lot of fun. The last thing she needs is people hounding her about her relationship status.

Jana has stated time and time again that she's waiting for the right person to come along, and she's putting her faith in God to determine when that will happen. "I'm not out to marry the first one who comes along," she told TLC in 2016. "I mean, some time it can be tempting...it's like this weird in between stage. I'm not a younger one, but I'm not old or married with kids. I'm just busy with where God has me right now and being content in this place, and learning as much as I can."

She clearly knows what she wants, and that is awesome. Who needs to be married when you get so much time to focus on yourself and your own goals?

In 2014, her dad, Jim Bob Duggar, even told People the same exact thing, explaining how although suitors have expressed their interest in Jana, she isn't trying to get married now. "Jana is one of the prettiest girls in the world and one of the sweetest girls," he said. "There have been a lot of guys who have been interested in her, I have gone to hear about each one, and so far she hasn't felt that is the way the Lord is leading."

Jana's perfect guy? Someone who isn't afraid of getting his hands dirty. In a 2016 episode of Counting On, Jana stated that she likes a "hard working guy", according to International Business Times.

One day, that perfect hard working guy will come along. But until then, Jana is keeping herself busy and loving her life.