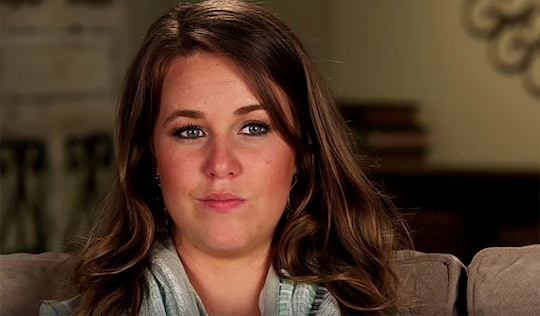 Earlier this week, Jessa Duggar debunked speculation that Jana Duggar is in a courtship. Despite the denial, some Counting On viewers continued to theorize that Jana is dating Growing Up Bates star Lawson Bates. But on Sunday, Jana denied that she and Lawson are an item.

Jessa was one of the first Duggar siblings to announce that Jana has an Instagram account. The news came to light in mid-January, with the reality star casually giving away her username in a caption: "I love this pic of @janamduggar and our little niece!"

Some fans then began speculating that Jana is in a courtship because of her seemingly sudden decision to join social media. Jessa then shut down the speculation, writing on Instagram: "She's not in a relationship. But if anyone is interested, please send all applications to me. I will check them out thoroughly."

Despite the firm denial, people continued to speculate that Jana is dating Lawson. The speculation makes sense when you consider Lawson has liked many of Jana's Instagram posts, and the fact that he's one of the few guys she's following.

Although these so-called signs are compelling, Jana denied the relationship after a fan asked her what's up. It all started when Lawson commented on a recent Instagram post of Jana eating mac and cheese, posting a bunch of smiley face emojis.

After a few fans caught wind of the smiley faces, they chimed in with their own theories.

"I’m not much into matchmaking, but I’ve always thought you two would be so cute together!" someone said.

"I heard you and Jana are a thing!" another person commented.

"No, we’re not a thing," Jana later replied.

As for fans' reactions to the drama? Many commenters find the situation entertaining.

"Oof lmao well there goes Janason, I guess?" one person said on Reddit.

Another fan commented: "Thank god. I was already tired of the talk of them. I don’t know if I could have survived if they got married. lol."

Someone else chimed in: "Such riveting drama."

Now that Jana has clarified the rumors, it's fair to wonder why they caught fire in the first place. Some people blame Lawson, who "accidentally" liked a comment from a fan who speculated that the two are in a courtship. The gossip reached a fever pitch because of the comment, and Lawson ultimately decided to clarify the "like" publicly.

“My mom was scrolling through late last night and didn’t realize what she was liking,” he told In Touch Weekly about the awkward situation. “Meanwhile, Instagram 101 for my mom is now in session.”

Hmm... is mama Bates really to blame? Or is Lawson trying to drum up press for his upcoming album? Yes, some people think the reality star will release his next project on Jan. 24, 2019.

Although some fans might be disappointed that there doesn't seem to be any courtship happening between the two, it's pretty cool that Jana is so open about the whole thing. It's nice to see Jana in the driver's seat for a change, right?