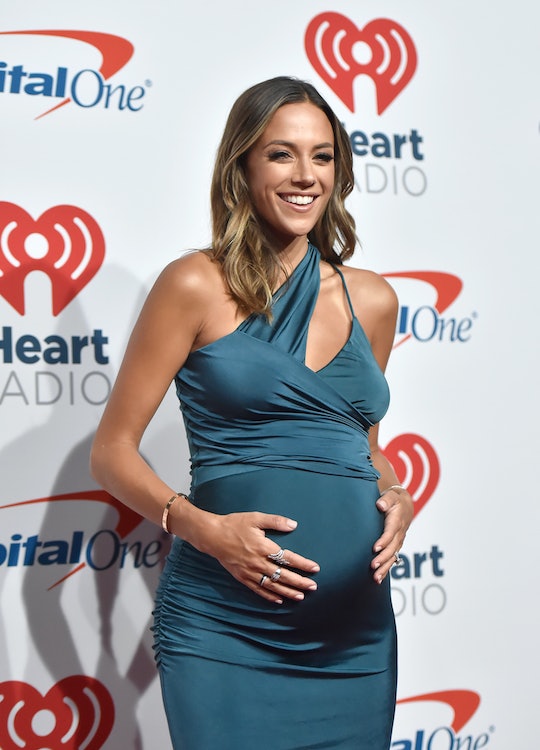 You've probably caught the news that Jana Kramer had her second baby, but given that her newest podcast episode is now available, more people are learning that Kramer recorded a podcast episode while giving birth, and I gotta say, the multi-tasking here is something else.

As Us Weekly reported, singer and actress Kramer and her former NFL player husband Mike Caussin welcomed a boy, Jace, on Thursday, Nov. 29, after Kramer underwent a C-section.

“Our hearts are so full. And we are so thankful for our sweet rainbow baby boy,” she told the magazine at the time. “We have been through quite the journey and we can’t wait to continue it as a family of 4!”

Kramer and Caussin are already parents to daughter Jolie, 2, as the outlet noted, but this glamorous-looking celeb couple has had their share of real-life struggles over the past few years.

The “I Got the Boy” singer suffered miscarriages and failed fertility treatments before getting pregnant naturally with the new baby, acording to People, which added in another article that the meaning of Jace's name, "healing," is what attracted the new mom to the moniker.

“[The baby] has been every bit of healing since I found out we were being blessed with another baby,” Kramer explained to People.

Kramer, Caussin, and family are back home now, but Kramer's fans can hear the play-by-play of Jace's arrival on her Whine Down With Jana Kramer podcast on iHeart Radio. The podcast begins with Kramer and Caussin drinking hot chocolate the night before they go to hospital, talking about fears and expectations.

It's all so relatable, especially the part in which the duo discuss their feelings over making sure Jolie feels included, and hoping that they can love another child the same way. Aww.

The audio switches to the next morning at the hospital. In a touching moment, Caussin noted for the recording that he knows the two have traveled a road that hasn't been easy. But then, Kramer began having trouble after getting her epidural. "I don't like this," Kramer called, moaning repeatedly. Because she was having such a hard time, doctors and nurses made the decision to put her under.

Caussin, waiting outside, took over narration again, noting how proud he is of Kramer and that she's "going to be the best mom" to Jace, just as she is to Jolie.

Back in the delivery room, after Caussin had been allowed to head in, and Kramer had come to a bit, "baby is out and it's a boy!" the doctor called. Minutes later, Caussin and a groggy Kramer marveled over their little miracle. "He's so handsome, you guys made a perfect baby," a nurse told them.

Kramer later explained that her reasons for podcasting the experience were the same ones for why she shares so openly on social media.

After all, she's clearly documented her experience separating from Caussin and later reconciling, as well as her pregnancy and daily life with her family on Instagram. "We're in so much therapy it's not even funny... I've learned so much about myself in the process," E! Online noted Kramer said in an interview on another podcast. "And again, either way we'll come out healthier because of it."

“[My husband and I] have always been an open book,” she explained at the end of the episode. "This is our next journey, so we are happy to bring everyone along."

Kramer's habit in showing herself at her most vulnerable, rather than just when she's put together and posed on the red carpet, is interesting in this day and age. I admire her resolve to keep it super-real.