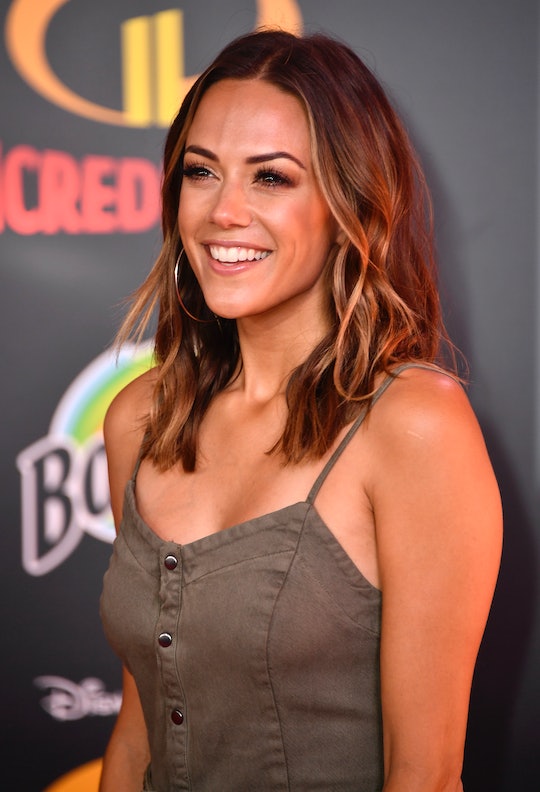 Jana Kramer loves to share glimpses into her life as a parent with her followers online — even the moments that aren't always so picture-perfect, which makes most of us love her even more, right? For example, the 35-year-old singer recently posted a video of 3-year-old daughter Jolie mid-meltdown, a dilemma every parent can relate to...daily. But, as E! News reported, Kramer had to fire back at a mom-shamer who had a lot to say about her daughter's meltdown.

Over the weekend, Kramer posted a video on her Instagram Story of her toddler throwing a fit at the dinner table, and the comments quickly filled up in her other posts with unsolicited advice, according to USA Today. In one comment, which appears to have been deleted, a commenter suggested her daughter Jolie may be acting out due to "jealousy" or "missing mommy" while Kramer cares for her younger child, 3-month-old Jace, as E! News reported.

"The whole week she was sick she got stuck w daddy so mommy could take care of Jace," the comment, which Kramer posted to her Instagram Story on Sunday night, read. "Maybe it's not the baby anymore syndrome."

The poster, who claimed to be a parent of five, went on to suggest that Kramer spend "special time" with Jolie, speculating that the girl is "crying out for something."

Kramer then called the shamers trolls, writing that she knew she "shouldn't respond," but was "upset" that her video — which she shared in the interest of being "real" with fans — inspired such backlash. The mother-of-two added a message of support to other moms, assuring them, "you're not alone."

"Like, just stop. You don't know, you don't live in this house, you don't know what's going on. Please don't tell me why my child's acting that way. Thanks," she said to the critics in her IG story.

Sadly, this isn't the first time Kramer's had to deal with commenters being critical of her online presence and sharing unsolicited feedback. In December, for instance, one week after she and husband Mike Caussin welcomed their son, she posted a photo of them together, in which she could be seen wearing gray bottoms, a black t-shirt, and a denim jacket. As reported by People, body-shamers suggested her figure in the photo was due to her access to cosmetic procedures, chefs, and expensive personal trainers.

Kramer then posted a cropped picture of herself with her stomach out, writing that she was "frustrated" and needed "to vent."

"I wanted to post this photo (showing my stomach) because I wanted to show my journey back to healthy and my goodness I'm so glad I didn't which is why this photo is now cropped," she captioned the photo. "It's amazing the comments and how rude some people be."

Kramer ultimately called on her fans to "be kinder" to each other, and that's just a good motto to live by. Her recent clap-backs are all too familiar to moms who try to be transparent about the trials and tribulations of parenting online. Rather than trying to bring others down, we should be trying to bring each other up.

It may take a village to raise a child, but it takes just a little effort to support moms doing their best to make it through the day.