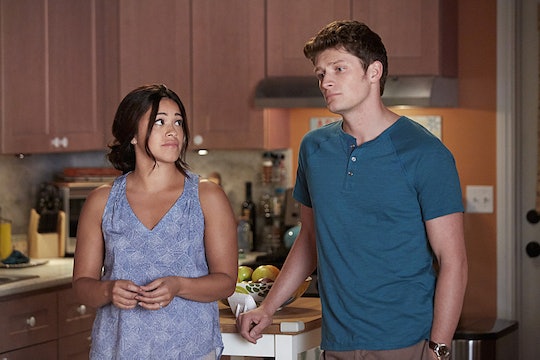 Once upon a time, Jane and Michael fell in love, got married, and lived happily ever after. Just kidding! This is Jane the Virgin after all and nothing comes easy to these characters. If Michael getting shot wasn't enough, Jane and Michael just found out that Petra was paying half their rent, but now she's not anymore. This was mainly because Petra is really Anezka and she could care less about Jane's problems. That being said, Jane and Michael faced money troubles on Jane the Virgin and it started to tear them apart.

Although Jane was touched to find out that Petra was paying half her and Michael's rent on the house, she was also too proud to ask Petra to continue to do so after she'd stopped. Thus, Jane and Michael got to work trying to figure out how they could start saving money so they could afford to pay the extra $1000 their rent would cost. Jane was surprised to discover that Michael keeps his finances together in a shoe box, but she tried to push past it. Together they decided to choose what to cut and keep in their lives. Jane reluctantly agreed to stop buying books and they both had to choose between their Spotify and Pandora subscriptions. In the end, they seemed to have worked out a smart and well organized plan, but naturally it wasn't that simple.

Jane attempted to "pad" the budget just in case of emergencies, but rather than just tell Michael the truth, she lied and claimed that the extra money was being used to pay for Mateo's gym class since Rafael pays for everything else. So when Michael decided to try and cut even more corners by lowering his car insurance and looking into Mateo's class, he was surprised to discover Rafael was, in fact, already covering that expense, unlike what Jane told him. This led to a big fight between the two of them, where Jane accused Michael of having a terrible financing system and Michael accused Jane of never really having to worry about finances before. And while it was difficult to watch the newlyweds bicker about finances, it was also kinda nice to see an on-screen couple tackle such a major real-life issue that many couples are forced to deal with. TV couples: they're just like us!

Thankfully, the fight was later resolved when Jane and Michael agreed to downsize to a smaller, one-bedroom home, at least for now. However, as the narrator darkly insinuated, their plan to upgrade to a bigger house further down the road apparently won't go as planned. For now, though, Jane and Michael are happy and that's all that matters.