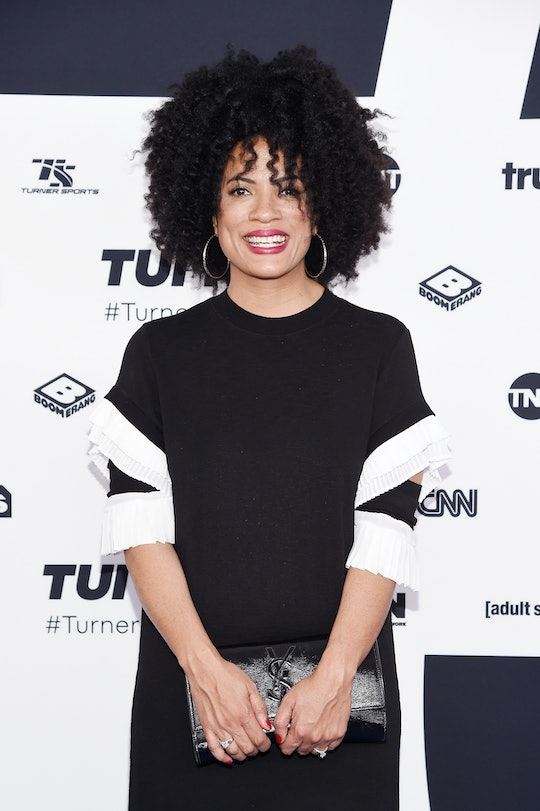 Claws showrunner Janine Sherman Barrois has a lot to say about the importance of complex, diverse female characters, which, let's be honest, we need more of in Hollywood. Claws, which premiers on TNT June 11, tells the darkly humorous story of a group of women who begin a money-laundering operation out of the nail salon they work at. The show promotes female "badness", according to TNT, and Sherman Barrios is proud of the female characters she has had a hand in creating.

"They are unapologetic women, sexual women, vivacious women, powerful women," the Criminal Minds and ER veteran tells Romper in an interview. "Some of these women are in their forties and are still dreaming ... cheering each other on and having each other's backs. The camaraderie is part of the empowerment."

Sherman Barrois seeks to combat the all-too-common depiction of women as love interests or bystanders, more shallowly characterized than their male counterparts. "I think we are so often the sidekicks to men," she says. "In Claws the women are front and center. They want power and are not looking to men to help them get it."

The characters aren't perfect heroes, but neither are most humans. By adding flaws to the women, the stakes are raised — you're no longer watching a show about unattainable aspirations and heightened moral high ground. You're seeing yourself. "They are quite capable of playing a little dirty, painting outside the lines and not blinking as they do it," Sherman Barrois explains.

It's clear that Claws is going to subvert the expectations we'll go into it with: "Every character's stereotype gets flipped. Nothing is ever what you think it is on the show." Sherman Barrois understands what so many television and film creators don't seem to get about women of color: there's more than one story to tell about them. "A myriad of stories open up that allow us to deal with women getting their fair share in the world. These women are essentially unsung heroes in terms of race, gender, and class, and there are so many stories that we were able to tap into."

Sherman Barrois is one of the few black female showrunners in Hollywood, and she stresses the importance of increasing the diversity in the industry. Not just in front of the camera but behind it as well:

Slowly, more of [women of color] are getting the shot, and companies are trusting us with the economic and creative decisions. It's taking a lot of time to get here. All I hope is that more women and people of color get these opportunities so the narratives can expand. I want to get as many people in as possible. It's not just about me. It's about all of us getting a seat at the table.

Whether it's the comedy-crime story that draws you, the interesting characters, the talented cast, or the "new Breaking Bad" title The Daily Beast recently handed out, Sherman Barrois is right: Claws is going to be "like nothing else you've seen on TV."