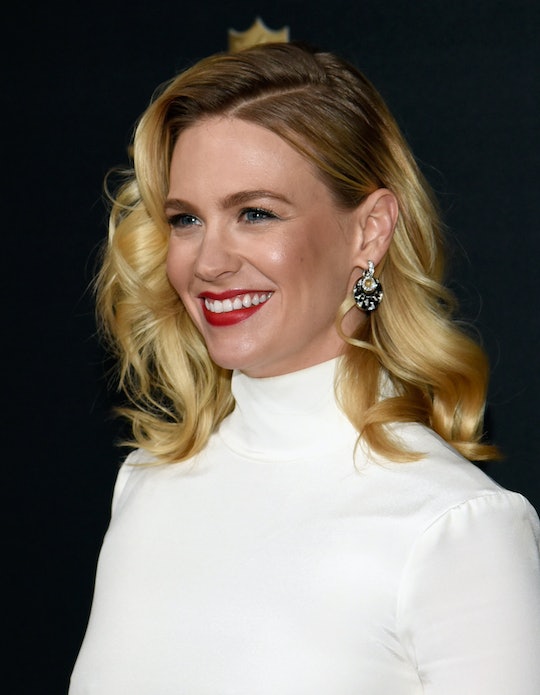 January Jones Gets Real About Motherhood

Let's all just get really, really real for a minute. If you are human, you can most likely call up a memory of you as a mom (or your own mom) just totally losing it in the kitchen. Come on. You know it's happened. If you need help recalling that deep memory, let's all hold hands, breathe, and look no further than January Jones's comments about single motherhood. It'll help you remember the sheer frustration you or your mom friends — scrolling through social media alone in the kitchen, after dumping a very decent roasted chicken into the trashcan to the shock and awe of the rest of the family — feel on a daily basis.

You don't have to be a single mom to feel frustrated on the daily. But Jones' comments about single motherhood sum up most everything that anyone who is tasked with taking care of small people feels on a regular basis. Jones, 38 years old, had her son Xander in 2011 and has never revealed his paternity. She's cool with that.

But some days, she said, it can be downright awful. "I don't want to be bad cop, but to have his respect, I have to be both. I'm an emotionally immature person —I'm an actor for God's sake. I see myself behaving like a child all the time," she said.

Jones added, "This morning, I made Xander eggs, toast, a smoothie. He spat out his blueberries, threw the eggs into the sink, was playing with his toast, and I just lost my sh--. And I took the plate and threw it in the garbage, in tears. Someone needs to be the mature one here, but I had a full tantrum." Preach.

If there was ever anything to applaud a woman for, it's admitting that she threw a plate of food into the trash in front of her kid and had a total breakdown afterwards. Moms yell. Kids can be jerks. We shouldn't waste food. Everyone feels terrible afterwards. Stuff happens. Life goes on.

Tossing a kid's food out doesn't make one Betty Draper. (Whether or not Betty Draper is admirable is still up for discussion.)

Our culture spends a lot of time applauding women for their feminist takes on body image and equal pay and all of that good stuff — that's all great. But when a celebrity has the guts to admit that they threw their child's breakfast into the trashcan after a complaint and had a toddler-style tantrum while doing it? That's some serious real life feminism, since it happens in kitchens all the time and it takes a lot of guts to throw up your hands (or a plate) and admit that everything feels out of control once in a while.

Thank you, January Jones, for admitting that that kind of stuff happens all the time, in all kinds of families. And, BTW, if we can get an easy, kid-friendly smoothie recipe this way, we'd be all about it.