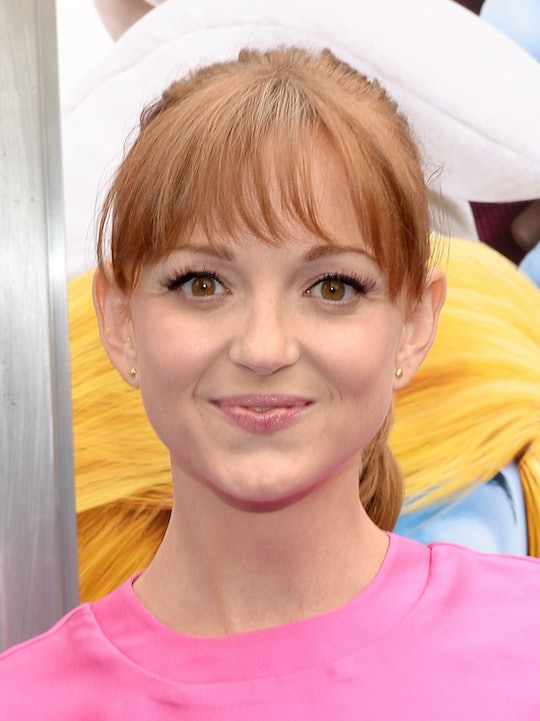 Going back into the office two weeks postpartum is no easy feat. For many mothers, though, its their only option. That's why Glee actress Jayma Mays' comments about returning to work after baby are so important — they emphasize the need for paid parental leave, which would be a much-appreciated solution by parents everywhere. Certainly, both parents' and infants' health and safety benefit greatly from such a practice.

Though her son, Jude, is currently 5 months old, Mays has only recently been able to settle into her new role as a mother. Her work on the so-called "crime-documentary spoof show" Trial & Error meant that she only had a couple of weeks to rest up post-baby, pre-shoot. Mays recalls:

I was so sleep-deprived, and just so mentally exhausted. I was like, "I think I had a baby." It was nuts. The first month for me was absolutely nuts. I’m just now coming through it.

Mays' husband Adam Campbell was working at the time as well, making things doubly difficult. Though Mays' crew was hospitable, letting her "pump and do all those things [she] wanted to do as a mom," Mays and Campbell still definitely needed a bit of help with their firstborn. Fortunately, Campbell and Mays' parents could offer their assistance "for about six to eight weeks to get us on our feet before we had extra help come in," Mays remembers.

But for some parents, that support system is virtually non-existent, making the shift from hospital to home to work that much more difficult.

The United States' paid parental leave policy is sorely lacking. With zero weeks offered, it contrasts greatly to, say, Japan, Norway, and Bulgaria's policies that offer over a year of paid leave. "The U.S. is absolutely the only high-income country that doesn't [offer it], and as you can tell by the numbers, overwhelmingly the world provides it," Jody Heymann, the founding director of the World Policy Analysis Center at UCLA, stated recently. "The world not only provides paid maternity leave, but they provide adequate paid paternity leave." In comparison with other nations, the United States is severely behind.

For Mays, things are finally beginning to settle down. "I’ve had about three or four weeks to be Mom," she told People, "and I’m starting to get some sleep." Still, "I’m just now coming through it," she notes; "I’m still a little shell-shocked." Mays' immediate post-baby exhaustion was luckily offset by a strong network of supportive family members and other, paid help, but many new parents aren't blessed with the same situation. Have alert parents able to focus on their newborn, as opposed to exhausted ones forced to stress about the implications of taking time off of work, means that babies are given the proper amount of attention in a crucial, special time. Parents — and their children — deserve to be given that opportunity.