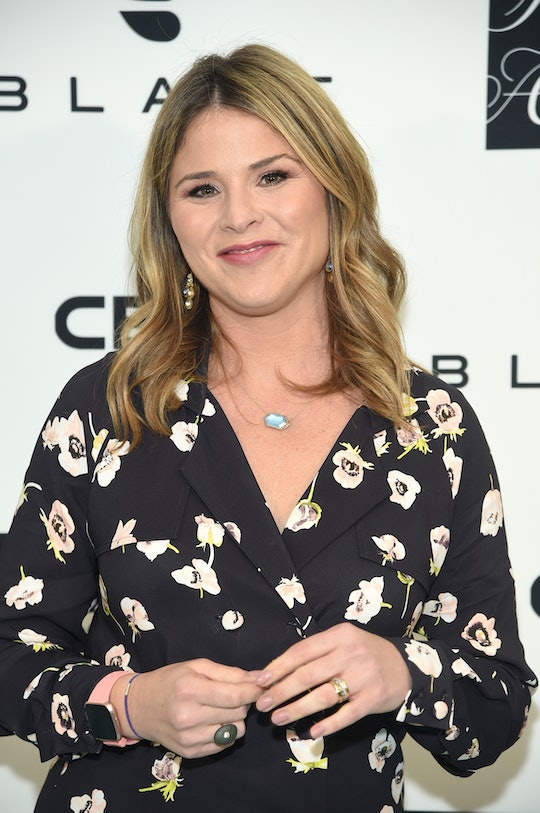 Congratulations are in order for a certain TODAY host. On Monday morning, Jenna Bush Hager revealed she's pregnant with her third child with a surprising announcement on TODAY. She shared the exciting news during a segment about sweet Easter moments the morning show's hosts shared with their families.

During the segment, Hager teased a sweet surprise for daughters Mila, 6, and Poppy, 3, on Easter morning, as Page Six reported. She noted during the morning show that her gift for the kids was "pretty sweet," but not "sugary." Hager's co-anchor's started taking guesses after her little clue about what the news might be, and Craig Melvin got it right when he speculated that she was expecting a child yet again.

The announcement comes not long after host Hoda Kotb also revealed on air that she adopted a second baby girl named Hope Catherine, as USA Today reported. Hager was over the moon with excitement as she shared news of her pregnancy on TODAY.

Hager went on to reveal that she is not just pregnant, but "very pregnant." According to USA Today, she said on the show that she wasn't totally sure how she managed to hide her bump. Although her bump is growing fast, Hager said during TODAY that that wasn't the reason she decided to start telling people. Instead, she revealed it was because her daughters had started spreading the news.

"I'm only telling because [my daughters] Mila and Poppy found out in their Easter baskets," she shared during the early morning show. "We're thrilled. It is a shock. It is a lot. But we are grateful."

Hager also said on the show that she planned to share more news about the baby later in Monday's episode. TODAY tweeted out a poll about the sex of the baby, which Hager said she planned to confirm during the fourth hour of the morning show, according to PopCulture.

Thus far in the poll, boy is winning.

Hager has been open about her journey into motherhood. In an essay for TODAY written a year after the birth of her eldest daughter, Mila, Hager talked about the lessons she learned from becoming a mom. She said in the essay, which appeared on the show's website, that she believed she "knew a lot about children" before having any of her own. She quickly realized how little she really knew when Mila was born, adding in the essay that she has been "learning ever since."

"Before I became a mother, I thought I knew a lot about children," Hager wrote. "Then Mila came along, and I've been learning ever since. What a joy and what a journey. It is an incredible experience to watch her grow and develop. Motherhood opens your heart and vision to an experience that links you to every other person in the world."

Three years after Mila was born, Hager and her husband, Henry Hager, welcomed daughter Poppy. The couple celebrated 10 years of marriage in 2018, according to Southern Living. They married in May 2008.

Here's hoping Jenna, Henry, and the whole Bush Hager family is basking in this beautiful moment. Welcoming another child into the world can be overwhelming, but it's also so exciting. The expectant mama hasn't said when she's due, but her new baby is expected to be here soon. Keep and eye on her social media pages for updates.