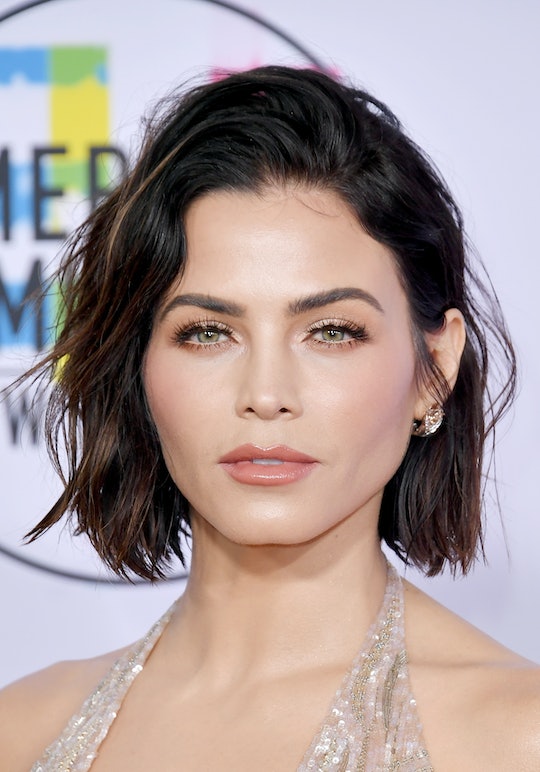 Channing Tatum probably wasn't betting on meeting his future wife when he landed the lead role in the movie Step Up. He and his wife may have started out hot and steamy on set, but years later, Jenna Dewan Tatum thinks scheduling sex could be a "good idea", according to Page Six, and most moms out there can definitely relate to this. Like any married couple that has kids, finding quality time to be alone together can be difficult in itself. And, with conflicting work schedules, intimate moments can be hard to come by.

While you may look at Dewan and Tatum and think, "Wow, I have literally nothing in common with this beautiful Hollywood couple," you may find yourself totally nodding your head as you read what Dewan had to say about her sex life with her husband. Seriously, sex in a marriage is important, but making time for sex isn't so easy. Especially when you have kids running around and movies to shoot (OK, maybe they're not so relatable regarding work), sometimes it's important to literally sit down and schedule one-on-one time together. For Dewan, she's not exactly at the point in her life where she has to schedule sex sessions, but she's not against it.

In an interview with Health magazine, Tatum revealed that:

We have not yet scheduled sex, but we do schedule time together, so maybe that is sort of scheduling sex. We will go away for a weekend to get time, but we have no real regimented schedule. I have friends who do this [schedule sex]; it’s on the calendar. We’ve never done that—it might actually be a good idea.

It's refreshing to hear that even one of the hottest couples in Hollywood is open about having to work on their sex life, rather than make judgments about other parents who struggle in that department. Of course, no couple is perfect and according to Page Six, Tatum admitted to:

When people say you guys have such a perfect life, I want to scream and tell them no one’s perfect. I think there are such things as great fits. It is a great fit as long as you are growing together, and I think up until this point we’ve really grown together. Even if one starts to grow, the other catches up and vice versa.

Tatum says that she thinks a couple needs to be conscious of the parts of their relationship that need work. In addition, she told Health magazine that each person in the relationship has to be willing to put in the effort.

The Huffington Post previously reported that scheduling sex with your spouse can improve your marriage, as well as the sex itself. Janice Epp, Ph.D., the dean of the Institute for Advanced Studies of Human Sexuality in San Francisco, told HuffPost that:

Some people say, 'Sex should be spontaneous!' to which I say 'B*llshit' ... You plan other things in your life and you don’t complain about it. You can do the same with sex.

On the other hand, Vanessa Marin, a sex therapist based in Berlin, told CNN that scheduling intimacy has its pros and cons, like anything else in life. Marin explained that:

For some couples, scheduling sex works really well, it gives them something to look forward to, they like the anticipation, they like feeling prioritized. Then other couples (say) scheduling sex feels horrible to them, like sex is transactional and just another item on their to-do list.

While Tatum is open to penciling in time for sex, she said that she wants her decision to expand her family to be a little more free and unplanned, according to Health. Tatum explained:

I love the idea of another child, and it might be in the cards, but I’ll know when I know. A lot of women I know plan it, and that’s their decision, they want it within three years, but that was not a possibility for us ... If the desire [for another child] comes around, it will happen, that’s the way I look at it.

Tatum and her husband have been married since 2009 and they have one child together, a daughter named Everly, who they nicknamed "Evie." According to Health, little Everly was born in 2013. Just this past April 2017, Tatum told Entertainment Tonight that she and her husband are not sex schedulers yet, but it sounds like she may have had a change of heart.