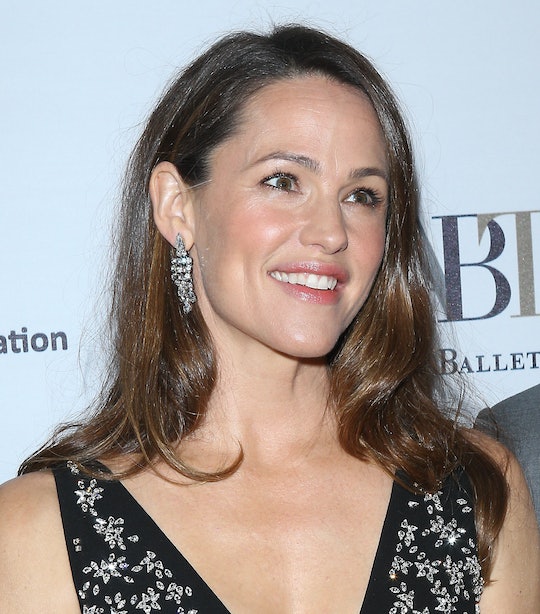 Jennifer Garner Asked Marie Kondo For Help, So No One's Safe From Tidying

When you come home to find a normally messy spouse standing their clothes on end and folding them into thin rolls, it's pretty much official: Everyone's gotten sucked in to the cleaning and tidying trend inspired by the release of the new Netflix show, Tidying Up with Marie Kondo, starring everyone's favorite decluttering expert. And Jennifer Garner asking Marie Kondo to come over and help her declutter shows that no one — and no closet or junk drawer — is safe.

Kondo's Netflix show is a follow-up to her bestseller, The Life-Changing Magic of Tidying Up: The Japanese Art of Decluttering and Organizing, which practically everyone and their mother read a few years ago. And while you might not think that decluttering would be a thing that Americans would be into (given that they generally seem more interested in acquiring more than they do getting rid of stuff), this program has hit hard. Maybe it's the book, maybe it's the popularity of minimalism, maybe it's the fact that everyone wants to be able to get their lives under control in the new year, but people are into it.

And while the San Jose Mercury News reported that Netflix declined to share ratings or viewership data, the newspaper noted the show has clearly sparked not just Kondo's famously sought-after "joy" in the idea living with less, but a national conversation about the need to feel serene in your own home.

That's where Garner comes in.

Every person I know related to the family in the first episode of Kondo's show, a husband and wife who used to have a beautiful home, and their kids. Two toddlers later, the couple feels stressed, housebound, and like, there is no time for anything... least of all themselves.

So it's extra nice to know that even a star of Garner's caliber, who clearly has a gorgeous home (at least, what's shown of it on social media) and all the domestic resources needed to keep it up, still, in fact, has a junk drawer. After all, she has three kids with ex-husband Ben Affleck, Violet, Seraphina, and Sam, so she too can understand that sometimes life is busy, and you just need to stash something in a drawer, rather than find a place for it or put it where it goes.

The Peppermint star's most recent video, posted on Instagram, shows her rifling through the mess, wondering at all the strange items, as People noted. "Is this a rain bonnet?" she asks, tying said rain bonnet beneath her chin. The actress then paws through what looks like a series of mismatched belts, possibly old nylons, and other gear left to languish.

Somewhere between a Popsocket, a lint roller, and a reusable baggie that maybe has gold coins inside, which Garner calls “doubloons," the actress just has to laugh. "Why?" she asks. "Why do I have it? I don’t know." Garner finished off the post with a reference to Kondo, writing "#canyoucomeover" below words, "@mariekondo—I’m all about it."

Naturally, fans loved Garner's frankness, with one writing, "You are the most relatable celebrity ever. Never change. Please." Other thumbs-ups included one from actress Lilly Collins, who also noted she was decluttering this week, too.

It's sort of fun to watch the national tide of tidying, particularly when it's other people sorting through their junk instead of facing your own. But I'm guessing all our closets are overdue!

And while I personally think Kondo's show is really about something much bigger than cleaning, it makes perfect sense that today's American families are struggling more than ever to take the time to live a meaningful life, and not overcompensate with too much old stuff.

I hope Garner's closet-cleaning went well... and if either she or Kondo is available thereafter, my wardrobe is waiting for its close-up, too.