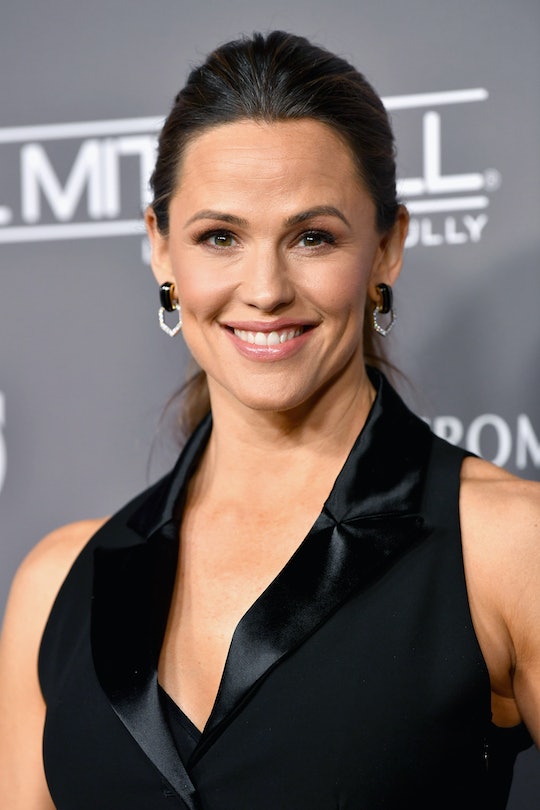 Most moms who rise at 5:30 a.m. to bake healthy-yet-delicious breakfast breads for their kids... I admit, I might think of them as obnoxious show-offs. But, when it comes to Jennifer Garner, you just can't be mad at this adorable star and social-media maven. That's why the fact that Jennifer Garner bakes at 5:30 A.M. before kids wake up for school and yet you still love her is no surprise.

In addition to her film projects and charity work, the actress seems to have gotten even more into cooking and baking lately. Even better is that she loves to share her kitchen experiences on Instagram, which have been so fun to watch. In fact, she's been posting tons of recipes, making everything from fish sticks to homemade spaghetti bolognese, always citing the dish she's using, whether it's chef Sara Foster's or Ina Garten's. (Garten recently returned the favor by dining with her buddy at In-N-Out Burger, of all things, while near Garner's California home on a book tour, as both stars' social media accounts show.)

In her latest video, though, Garner is even more relatable. Clearly tired as she's still in pajamas and wearing her glasses, Garner gets up bright and early to get to work on a semi-healthy breakfast. But you'll notice she's a bit hasty as she bangs around the cabinets trying to get the surprise treat on the table before the kids rise.

"Welcome to an early edition of 'Pretend Cooking Show,'" Garner kicks off the segment, in reference to her ongoing gag that she's not really doing a cooking show, just posting her cooking successes on a separate Instagram page (but she really should consider an actual cooking program, she'd be great).

Garner then goes on to make the delish cake recipe, showing such pro-level chef hacks as grating butter if you didn't have time to pre-soften it. Genius. The cutest part? Garner is whispering so the kids don't hear the baking shenanigans.

"This time of year it is extra cozy to send kids to school with something warm in their bellies," she captioned the video. "This recipe isn’t crazy sweet and, with a good swish of peanut butter, is just the thing for my early rising middle schooler."

That would be Violet, 13, her oldest with ex Ben Affleck, as Us Weekly confirmed, adding the former spouses also share Seraphina, 9, and Samuel, 6. The pair have been apart for some time but only finalized their divorce in October, the magazine also noted.

Maybe finally being in a new stage of her life is what has sparked this seemingly always chipper star to up her already solid domestic game? The video's mouthwatering chocolate recipe came courtesy of baker Rose Levy Beranbaum, author of The Cake Bible. (Can someone text my husband the Amazon link for this cookbook? He generally needs to be told what to get for the holidays, he doesn't mind.)

And while you might not know it from Garner's Instagram fun, the actress confirmed to People magazine over the summer that she's actually "pretty strict" about junk food in her house. According to the interview, Garner says that items such as chips are rarely to be seen in her pantry.

Well, who needs candy bars or other processed food after all when you could have a homemade chocolate cake like this one? Not that most moms would actually get up to bake it that early. Count me in for cooking with Garner any evening.... just not before the sun rises!