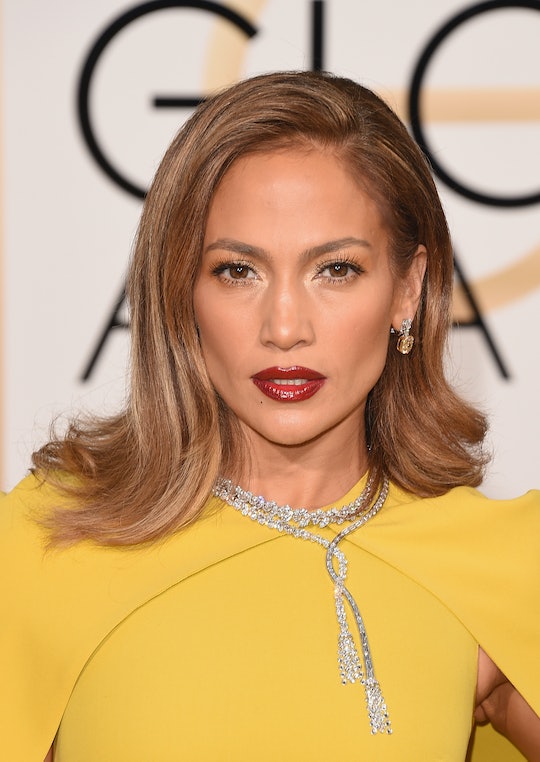 Not sure who J. Lo made a deal with — the devil? Glenda the Good Witch? Ryan Seacrest? — but that contract has certainly worked out for her. The actress, singer, producer, dancer, etc. etc. etc. continuously looks flawless from head to toe, defying time and defying gravity. And Jennifer Lopez's 2016 Golden Globes dress is nothing short of fire. The 46-year-old mother of two stunned in a Giambattista yellow gown and stole. It's baffling that some people wouldn't instinctually bow down to this fashion moment as she walked by on the red carpet, but I suppose the mustard-ish, sunshine-y-ish, dehydrated-urine-color-ish wasn't for everyone. (But it SHOULD be. Get on board, guys!)

But not everyone saw it as a gift from on high. Some people were not a fan of J. Lo's ensemble, and while those people might have had a momentary brain freeze, they're still entitled to their opinion. Their wrong opinion, but whatever. Jennifer Lopez may have had some questionable fashion moments of the past (see: 2000-2005) but hey, we were all guilty of way too low-rise jeans, glitter, and half pig-tails.

Since then, though, J. Lo has been a fashion icon, and her 2016 Golden Globes dress was on point. Here's what others thought.

And The Incorrect Response: