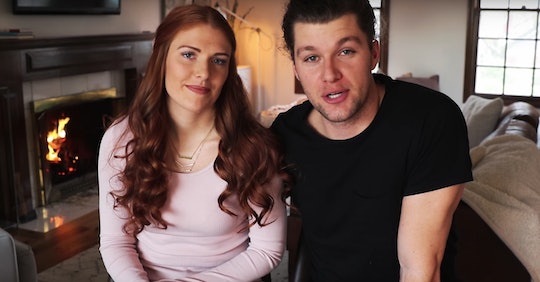 There are a lot of changes happening in the Little People, Big World universe, and it involves everything from divorce to dating, moving out to moving on. As the family has spent the past 15 years chronicling their lives for audiences around the world, it only makes sense that they'd eventually be ready to move onto new endeavors... but not before sharing everything they've learned in the process. Jeremy and Audrey Roloff talk kids, love and marriage in their new book, "A Love Letter Life," which is now available for pre-order.

Speaking to People, Jeremy said that the idea of writing a book together was so that they could share more love stories. “We believe everyone has a unique love story and we want people to be super stoked to press into their own love story. We want readers to prepare more for their marriage than their wedding,” he said. “I think social media can paint facades, so we hope that people will walk away from it knowing that we aren’t perfect, our relationship wasn’t perfect. We learned from our struggles and we came out stronger on the other side.”

Audrey added: “I think people will be surprised at how much they don’t know about our love story,” possibly referencing challenges that weren't documented on the show, or the fact that they had to be long-distance for a while. In Touch Weekly reported that Jeremy and Audrey tied the knot on September 20, 2014, and welcomed a daughter earlier this year.

In their interview with People, Audrey explained that maintaining a long-distance relationship was "really difficult" for the couple, whose courtship was mostly spent apart. "We did it for three years, and in the book we explain how it started, how we survived it,” Jeremy explained. “Audrey almost ended our love story. We tell that story and I got emotional when I reread it… There are also two other really difficult moments outside of distance that were big challenges and learning curves.”

However, it was really in that difficulty that the couple first got creative. Audrey explained that in order to connect with Jeremy while they were apart, he would write her "original and creative" love letters, which inspired the title of the book. “I think one of the things is realizing that pursuing and dating don’t have to stop when you get married,” Audrey added. “The subtitle of our book is ‘pursue creatively, date intentionally, love faithfully,’ and we think all of those three things can be true before you’re married and after you’ve been married for 20 years.”

Of course, the book comes on the tail end of the news that the couple would no longer be filming Little People, Big World anymore. Good Housekeeping reported just last month that the two would bid farewell before next season. "A year ago I made the decision that this season would be our last," Jeremy wrote on social media. "It has been an amazing run, and I can’t say thank you enough to all of you who have watched and supported us along the ride."

It seems that at this point, the couple has turned their attention toward different endeavors, though fans will have to wait to see the extent of what those will be. In the meantime, stay tuned.