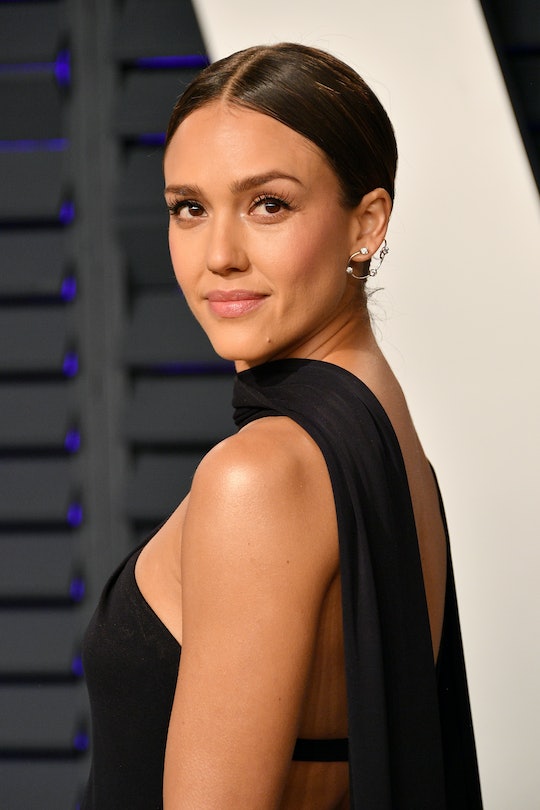 New moms often wish they could carry their babies around with them at all times. There's nothing like a first trip away from a new babe to make realize that life will never be the same. But what if you could keep your kids with you 24/7? You could, in the form of a tattoo. And that's just what actress and Honest co-founder Jessica Alba did with her new splashes of ink. Jessica Alba's new tattoos have super sweet meanings.

Alba tattooed her inner left arm with constellations representing her children's zodiac signs, according to People. Three in total for daughters Honor, 10, and Haven, 7, and son Hayes, 14 months.

The tats were done by famed Los Angeles tattoo artist Dr. Woo whose exclusive studio is located within the Roosevelt Hotel's Hideaway at Suite X, according to the artist's Instagram page.

She revealed her new ink on Instagram yesterday with the caption:

Alba is in good company. Constellations and other celestial-themed works are one of the biggest tattoo trends this year, according to Refinery29.

"Constellations are a big part of my work right now," Woo said in an interview with Refinery29.

Alba is no stranger to the tattoo chair. She has a rose that goes around her left bicep, Sanskirt writing on her right wrist, and a pink bow on her lower back, according to Page Six.

Dr. Woo is one of the most popular artists in the world, with a wait list that's reportedly around two years long and 1.2 million Instagram followers. He's tattooed the likes of Miley Cyrus, Drake, Emilia Clarke, Cara Delevingne, and Sarah Hyland, according to Discover Los Angeles.

His tattoos have a signature look of delicate black and gray lines that's very recognizable to people who know their tattoos.

It makes sense that her latest tattoo would be in honor of her three kids, as Alba prides herself on being a mom first and foremost, despite all of her other accomplishments.

Alba and her husband, Cash Warren, are big on instilling values of hard work in their kids, according to People.

And because of this, her kids aren't afraid of a little hard work. Both daughters love taking care of their baby brother, Alba told People.

But, you won't catch them changing diapers, not yet anyway.

So, will this be Alba's last tattoo? Maybe, or maybe not. Many people find getting tattoos addicting. There's something about modifying yourself in such a permanent way that's both a work of art and true expression of one's self. And while fans can't wait to see what she might get next, there's no telling what future trends may inspire her in the future. Perhaps a fourth child?