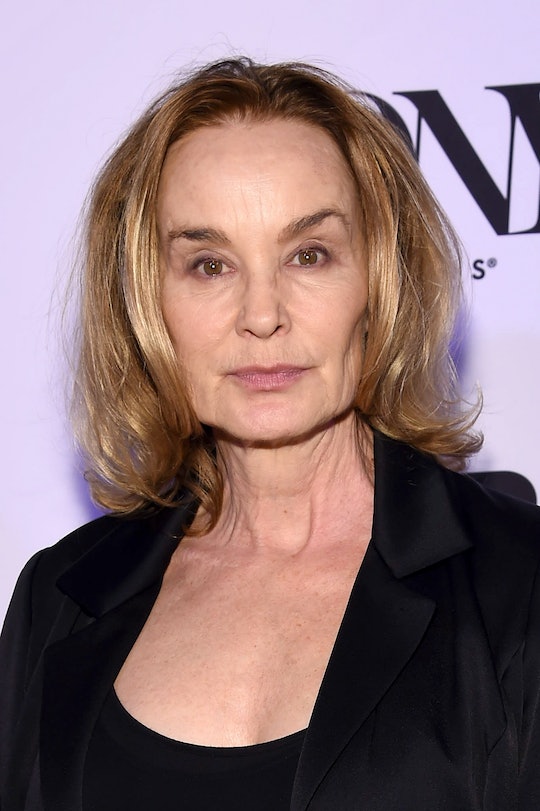 So, the worst thing that could have happened to AHS fans has officially happened. Jessica. Lange. Has. Not. Returned. Yet. Yes, there is still time, you say — look, I appreciate your optimism — but let's be real: there was one character that Jessica Lange was meant to be on AHS: Roanoke, and it was revealed tonight that she was not that character. Yes, Jessica Lange is not the real butcher on AHS, and yes, it is absolutely OK to start bawling. Allow me to be the e-shoulder you need to cry on.

While we've been told time and time again that Lange has moved on from the series, some fans (read: me) have not quite come to terms with it. I also know what show I'm talking about — a show that thrives on twists, turns, and major shocks. What would be more shocking than to tell fans that one of the most beloved actors in the Ryan Murphy Repertoire For Spooks & Scares wouldn't be returning, only to — BOOM — throw her into a season without any warning? Honestly, that's the pilot for That's So Ryan (Murphy), right there. He'd totally do something like that.

But, perhaps I'm giving him too much credit. Perhaps Lange really is busy doing other stuff like winning a Tony (also, congrats), or starring in the new Ryan Murphy series Feud (also, can't wait to watch!). Either way, I know I'm not alone in this universe of forever sadness when it comes to Lange not being the butcher. Some of my fellow World Wide Web friends feel the exact same way.

On Wednesday's episode, the real butcher was revealed — and it wasn't Lange. She came right at the final moments of the episode, just to bash in the skull of Kathy Bates' character, Agnes. The two came face-to-face. The real butcher and the actor butcher. And neither of them were Lange. Allow us to share this moment of silence while listening to one of Lange's best moments on the series. (Please press play and read on.)

Some People Were More Focused On The Death Itself

As you can see, the world is in SHAMBLES right now because we don't know where Jessica Lange is on AHS (read: she said she wasn't coming back, but I personally just refuse to admit it), and it is not OK. Let's just hope that in the remaining episodes she manages to make an appearance. At this point, I'd be fine with a mention of anyone named Jessica.