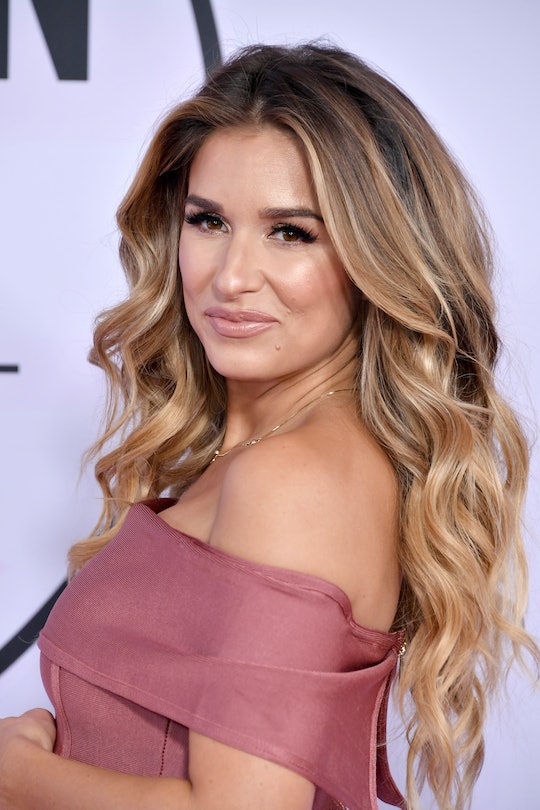 For many, one of the most challenging parts of pregnancy and childbirth is not actually the process of becoming a mother, but reconciling the drastic and fast changes that occur to their bodies. Jessie James Decker says new moms deserve more realistic postpartum expectations, and she's absolutely right.

Decker, who gave birth to her third child in April of last year, as Us Weekly reported, uploaded a very honest side-by-side photo of her postpartum body changes. "I know you’ll see a lot of people in the public eye and they drop weight in what seems like five minutes after having a baby and I think we all feel like we should live up to those expectations. I’ve even been guilty of that myself and thinking I need to rush and lose weight two months after having a baby when I see all these skinny girls post baby but that is just not realistic for the majority of us," she began.

Decker continued: "I have been every shape and size over the last 4 1/2 years from having children and never had to worry about losing weight until I had kids. I had good metabolism and had always been that way before. Having children definitely changed everything and I’m so blessed and grateful to have my babies as y’all know but it definitely can test your self-esteem when you are used to looking and feeling a certain way."

Decker went onto explain that her postpartum journey was not quite what she expected, telling Us Weekly that she had a really hard time losing weight while breastfeeding. “When I’m nursing, I’m not anymore, but when I am, I don’t lose weight very well,” she reportedly told the magazine on Jan. 9. “I’m holding on to, you know, extra fat on my body to produce milk for [the baby].”

Though it should absolutely go without saying, its unfortunately common for women to feel extraordinary pressure to return to their pre-pregnancy shape, when for many new moms, that standard is unrealistic at best and deeply unhealthy at worst.

It's not the first time Decker has opened up about body image. In an earlier interview with Us, she discussed why getting "back in shape" just isn't something she cares much about once she's had a baby.

“I just don’t honestly think about it. As soon as I had kids … Whenever they’re babies like that, you just don’t think about it … I mean, I don’t personally because it’s not a priority,” she said. “My priority is to take care of them and feed them and get as much sleep as possible. It’s just my mindset doesn’t go there. I just, why bother? Your body is trying to just come back together from just having a human being taken out of [it] … You’ve got to have some time to heal.”

Despite this, Decker also says that it's important for moms to prioritize their own health.

“Every mom knows it’s hard to take care of yourself while you’re trying to take care of your children, because when you become a mother, you become so selfless,” People reported Decker said. “I remember having both of them as babies and looking at the clock and it’s 3 o’clock in the afternoon and I’m like, ‘Oh my God I have not fed myself,’ because I’ve been running around and didn’t have time to cut all this food up and throw it in the pan."

She went onto say that using an eating plan, strength training and other health routines has assisted her in feeling "stronger" and more self-confident than ever. It's clear that she's an amazing mom, and she's a body positive inspiration, too.