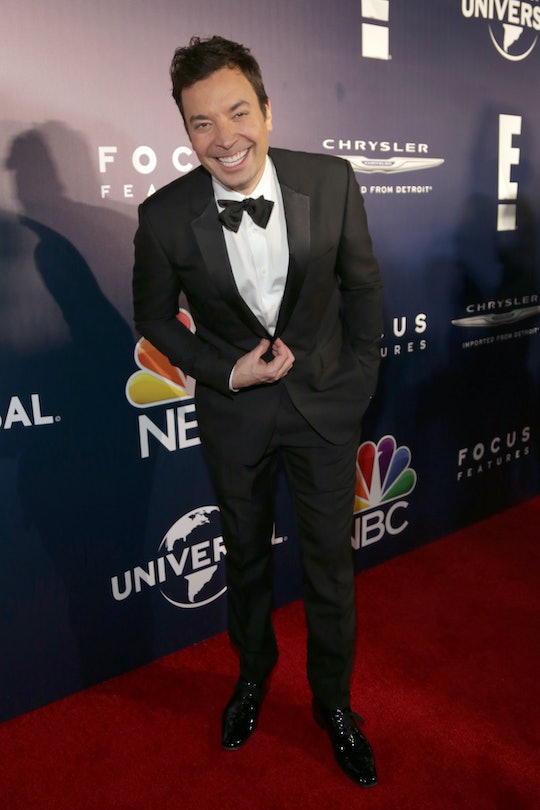 Jimmy Fallon's Children's Book Will Be About Moms

Jimmy Fallon, host of The Tonight Show With Jimmy Fallon, is one funny dude. For years, Fallon has entertained parents with his late night antics and hilarious comedy, and your kids might just become members of his loyal fanbase soon, too. In 2015, Fallon debuted his first children's book, which was all about dads. And now, Fallon's new children's book is focusing on moms and paying tribute to the women who do it all.

The picture book, titled Everything Is MAMA, will be exactly what you'd expect: an ode to motherhood from a child's point of view, according to The New York Daily News. The book, according to People, was written to "help babies process their world" and will focus on "different animals who teach their offspring that there are other words beside 'Mama'."

Fallon has some experience with kids and being around a good mama — he is a father of two young girls, 3-year-old Winnie and 2-year-old Frances, with film producer wife Nancy Juvonen. In 2015, Fallon told People that he has respect for mothers, because fathers "turn into softies" when they have daughters. "Dads immediately fall in love with little girls, and will let them get away with everything," Fallon said. "So moms are going to have to be disciplinarians when it comes to daughters."

Fans of Fallon's first book, the New York Times best seller Your Baby's First Word Will Be Dada, is all about trying to get your kids to say the word "dada" when all they want to do is say other things. This book was inspired by his daughter Winnie who, according to People, would only say "mama" when Fallon wanted her so desperately to say "dada."

Fallon told People that his daughters continued to serve as inspiration when it came to writing his second book:

Luckily, fans of the first book won't have to wait too long to get their hands on the followup. Everything Is Mama will be released in stores and online on Oct. 10 and is available for preorder on Amazon right now.

While the countless amount of "mama"s that come from your child's mouth throughout the day can be annoying sometimes, it is pretty sweet, if you think about it. Fallon's new book will only touch on that, possibly teach your kids some new words, and entertain them just as much as much as Fallon has been entertaining little ones' mamas for years.