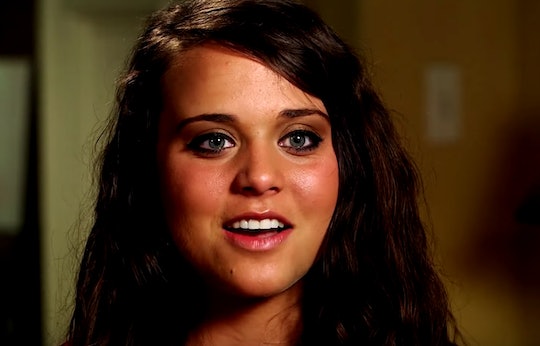 Becoming a mom for the first time requires a lot of dedication and planning. There are so many things that a soon-to-be mom needs to buy and do to prepare their baby-free home into one that is supposed to welcome one more. Coming from a family of 19, Counting On and 19 Kids and Counting star Jinger Duggar knows a thing or two about babies. That's a great thing because she announced in January that she's expecting one of her own, with her husband, Jeremy Vuolo. And in a recent interview with Us Weekly, Duggar shared how she's preparing to welcome her first baby and it's something that every first-time mom can relate to.

Having so many young siblings run around her whole life, along with her nieces and nephews, Jinger is not only used to people being in her business but is also used to having babies run around. Her older sisters, Jill and Jessa Duggar, have two sons each — and her younger sister, Joy-Anna Duggar just gave birth to her son, Gideon. Because of this, you would expect that Jinger would be more than prepared for her baby's arrival due to her sisters preparing her for it and watching her older sisters go through the motions of preparing for their own children.

But that isn't exactly the case. Jinger revealed to Us Weekly that she hasn't done too much to prepare for her baby's arrival, just yet. Cue to shocked reactions.

At this point, we haven't done too much prep. Now that I'm halfway through my pregnancy, we haven't really collected anything. A friend of ours had some stuff they were trying to get rid of, so that was really nice because they were able to give us baby swings and things like that that we needed, but we haven't started anything as far as prep for the baby.

Jinger recently revealed on Instagram that she is 22 weeks along, and is currently in her second trimester of pregnancy. By now, those early pregnancy symptoms have subsided, Jinger could know her baby's sex (if she elected to find out), and she's getting used to living with her pregnancy bump. While she has a few more weeks until her third trimester (that starts on week 27, according to Kids Health) she isn't wrong for waiting a little longer to start prepping her home for her baby. The average pregnancy lasts 40 weeks so Jinger has time to physically prep for the baby.

And while Jinger revealed that she hasn't put too much physical prep time into getting ready for her first child, she and her husband have gotten themselves pumped up to meet their child. Jinger told Us Weekly:

I'm trying to just enjoy the pregnancy and I know that when the baby comes I'm going to be super excited to see it. It's been just so sweet with me and Jeremy. He just gets so excited when he thinks about us having a baby and last night he could feel the baby kicking for the first time and he was just thrilled. He was like, "This is amazing. I can actually feel the baby."

But at this point in her pregnancy, Jinger shouldn't feel a need to rush to prepare too much, just yet. While there isn't a strict deadline for when moms should be setting up their baby's nursery or getting supplies ready for the baby, according to Baby Center, waiting until the third trimester to do that is perfectly OK. During the second trimester, according to Baby Center, it is recommended that expectant mothers begin to think of their birth plan, spend some time with their partners, and focus on keeping their bodies healthy for their baby.

Jinger will definitely find the time to prepare for her baby's arrival and Counting On fans know she has a bounty of resources to turn to when she's ready to begin nesting.