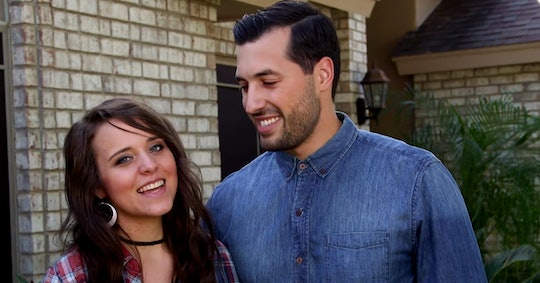 Jinger Duggar's Net Worth Is Higher Than You May Expect

Being a reality star is hard work. Although some people might believe that it doesn't take much to have your life filmed in front of cameras, it does — just take it from the Duggar family. The Duggar family has had their lives captured on camera during their TLC reality shows, 19 Kids And Counting and Counting On. And because this show is the main job for the majority of the Duggars, you might be surprised by their net worths. While the net worths between the Duggar family vary, Jinger Duggar's net worth is pretty solid for the reality star.

Duggar and her husband, Jeremy Vuolo are about to expand their family by one more this summer. In January, Duggar and Vuolo announced that they were expecting their first child together and the news could not have been any more exciting for fans who have been following along with the Duggars. But with a new addition to the family comes a whole new set of expenses (diapers, childcare, and food alone are enough to make a parent's head spin) that Duggar and Vuolo have to take on. Luckily, they will more than able and ready to take on those things, especially because their net worth has them covered.

The 24 year old is worth a reported 2 million, according to Celebrity Net Worth, thanks in part to her appearances on her TV show, her relationship with her parents, and co-authoring the 2014 book, Growing Up Duggar: It's All About Relationships. Talk about having things covered — if this is the case then Duggar is pretty secure when it comes to her finances.

Combined with her husband, who was a former professional soccer player, according to In Touch Weekly, they're not struggling for cash. Vuolo is worth a reported $400,000 due to his time as a soccer player and the deals he could have scored in the process — but this information should be taken with a grain of salt. But after giving up his soccer career, Vuolo is a pastor now in Laredo, Texas and might not make as much as he used to. In a 2016 episode of Counting On, Duggar's dad, Jim Bob Duggar made the trip to Texas to visit Vuolo to specifically talk to him about his rather modest finances. Jim Bob said, according to Us Weekly:

Jeremy, being on the kind of modest pastor salary, when you get married, it's going to be a lot tighter, going from being a single guy to a married guy, whenever that happens — I'm not saying any time soon. But Jinger loves to go thrift shopping and it's expensive. I was just curious about, financially and stuff...I mean, you might have to have a part-time job, along with the pastor [gig] to make a go of it.

Even if Jinger's net worth was lower than what has been reported, given the fact that Jinger has an addiction to thrift shopping, it is likely that her and Vuolo are living well within their means. This season of Counting On has documented their home renovations process and how the Jinger and Vuolo have been able to go all out on a budget. As for her own career, according to In Touch Weekly, filming her reality show is her full time job.

Even with their modest spending, on top of all of this, the whole entire Duggar family is worth a reported and combined $3.5 million, according to Celebrity Net Worth. Although Jim Bob Duggar and wife Michelle have a lot of people and things in their lives to take care of, they're doing pretty well for themselves. And considering how generous Jim Bob and Michelle are, it's likely they would help Jinger and Vuolo out if necessary.

The good news is, it sounds like that won't be happening any time soon, because Jinger and Vuolo are doing pretty well for themselves.