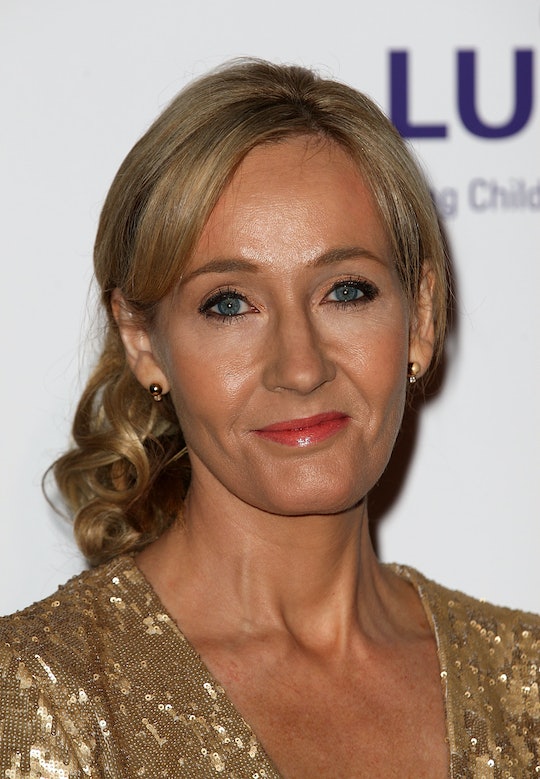 J.K. Rowling Just Revealed The Name Of 3 Other Wizarding Schools

If you thought you knew everything about wizards, think again. J.K. Rowling just things up a level. On her website, Pottermore, Rowling revealed the name of three new wizarding schools, their names, locations, and their histories. So read up. It turns out that there are actually eleven wizarding schools in the world. But Rowling only named these three: Mahoutokoro in Japan, Castelobruxo in Brazil, and Uagadou on the African continent.

But don't get telling everyone, she says. "The precise location of each of the following schools is a closely guarded secret," she writes. But she does offer some clues about where to find them:

As a general rule, magical schools tend to be situated in landlocked, mountainous areas (although there are notable exceptions, as will be seen), as such regions are difficult for Muggles to access, and easier to defend from Dark wizards.

So that's where they are. Rowling has used her newly launched website to go into loads of detail about these wizard schools, including Hogwart's, France’s Beauxbatons Academy of Magic , and northern Europe’s Durmstrang Institute.

But most importantly, she gives some background into the school in Fantastic Beasts and Where to Find Them.

But who cares about the New York wizard academy? What are Mahoutokoro, Castelobruxo, and Uagadou like? Apparently, in Japan, the students get robes their first year that grow with them and change colors. So if you don't learn something new, everyone will know. Uagadou is the largest one and they specialize in magic without wands. She reminds readers that it's alright if you've never heard of these places before. "Occasionally, too, the magical community in a given country is tiny or far-flung and correspondence courses have been found a more cost-effective means of educating the young," she explains.

If you aren't already checking Pottermore on the daily, this is all the more reason to. Rowling's writing is just as fun in blog posts, and you get to delve even deeper into her world. Fantastic Beasts and Where to Find Them doesn't come out until next November, with Eddie Redmayne, so you have to keep yourself busy somehow, right?