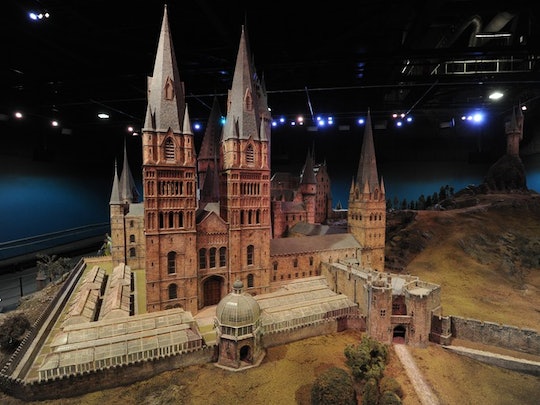 To promote the release of the feature film Fantastic Beasts and Where to Find Them this November, J.K. Rowling has written four short stories about the North American wizarding community. The first, posted on Rowling’s Pottermore site on Tuesday, depicts the 14th through 17th centuries, and details the lives of Native American wizards. On Wednesday, Rowling shared the second story, which covers the Salem Witch Trials and the Magical Congress of the United States of America, the U.S. counterpart to Great Britain’s Ministry of Magic.

According to the story, beginning in the 17th century, European witches and wizards emigrated to the New World for many of the same reasons as their No-Maj (that’s American for “Muggle”) counterparts; some were seeking a change or an adventure, but many were also fleeing religious persecution. Some wizards were taken in by the Native American wizarding community, which had already established friendly relationships with international wizards long before North America was “discovered” by No-Majs. As with all pilgrims, life in the New World was challenging for the wizards; there were no apothecaries or wand shops, and at that time, Ilvermorny, the U.S. wizarding school, was only a shack with two students and two teachers.

As the Puritans were on high alert for anything even resembling magic, there was no effective wizarding community in the New World; North American witches and wizards were scattered and remained in hiding. Without a community, there was no governing body, and this lack of authority gave way to the Scourers, a corrupt band of mercenaries who would hunt down not only criminal wizards, but anyone whom they thought might be worth a bit of money. The Salem Witch Trials were the result; at least two of the judges who sat on the trials were known Scourers, according to Rowling's story. Some of their victims were, indeed, witches, though many more were not.

The effect of the trials on the U.S. wizarding community can still be felt today. After the trials, many wizards fled for other continents, which led to a higher proportion of No-Maj-born wizards in North America than in other areas. One of the positive effects of this is that the pure-blood ideology that permeates the Europeans wizarding community has never been as much of an issue in North America.

The trials also led to the founding of the Magical Congress of the United States of America in 1693. MACUSA’s first order of business was to track down and try all the Scourers who had betrayed their wizarding brethren, although many escaped and lived the rest of their lives in the No-Maj community. Some married No-Majs and started families, “winnowing out” any magical offspring. Descendents of these Scourers were raised to fear and hate magic, and Rowling said that it may be because of them that “North American No-Majs often seem harder to fool and hoodwink on the subject of magic” to this day. The third story will be released on Thursday.