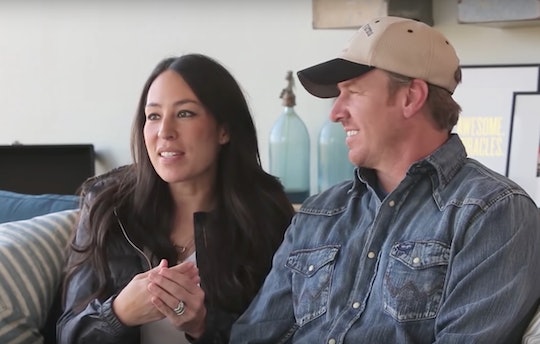 Joanna Gaines' Instagram Gives A Sneak Peek Into Her Show

Although reality shows try to keep things as "real" as possible, it's always nice to check a star's personal social media account and see exactly what you'd expect to see. Like Fixer Upper's Joanna Gaines Instagram account for example — it's full of pictures of her family, her delicious meal-prep recipes, and of course, home interiors. It's exactly what the home show's host should be doing. Gaines has hosted the show — in which people buy homes and then renovate them — with her husband, Chip, for four seasons. They just wrapped up the fourth season, and are currently casting for the fifth season.

A recent casting call revealed that the show is possibly more staged than some viewers would like to think it is, and it also confirms what one of the Season 3 participants, David Ridley, told Fox News last year: Simply, the casting calls ask that houses be somewhere in the Waco, Texas, area and that the home is already bought. So you know that whole bit they do in the beginning where they take the participant house hunting? The final house has already been in contract since before they even applied to be on the show.

But that doesn't mean you have to love it any less. Or Joanna Gaines for that matter. Here are some highlights from her carefully curated Instagram account, no "house-hunting" necessary:

With Her Special Assistant

Fooling Around With Chip

Things will likely be different on the upcoming seasons (and that's not just referring to Chip's facial hair). Gaines wrote in a blog post of the next season.

In seasons past we’ve renovated whole homes, but only been able to show the exterior and a few rooms because there are only so many minutes in the show. We select the most dramatic rooms to reveal since we are limited on time. This year we’ll be branching out and showing off unique sitting nooks, fun playrooms and even a space that was specially designed for a client’s sweet furry friends.

They'll also be doing more nurseries and kids rooms this time around. For that, Gaines wrote that having four kids of their own was "invaluable." And there's nothing cheesy about that. "I want these spaces to be kid-friendly, but also stylish and something their parents love, too," she said.

Gaines' Instagram shows just how much she enjoys her family and her job — and making beautiful spaces that everyone can relax in.