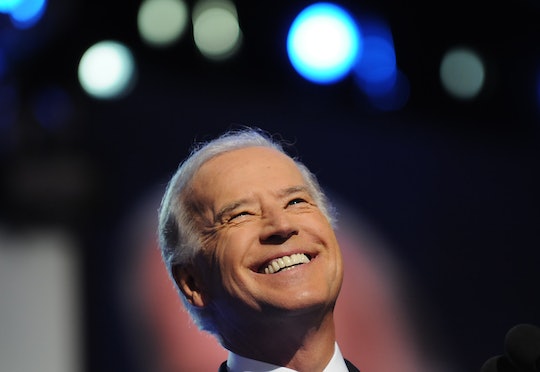 After an especially tumultuous election season and a nail-biting week of watching the polls, former Vice President Joe Biden has won the White House, defeating current incumbent Donald Trump to become the 46th President of the United States. Biden's presidential victory is especially historic as it makes his running mate Kamala Harris not only the nation's first female vice president, but also the first woman of color to take on the role.

On Saturday, Nov. 7, CNN, the Associated Press, The New York Times, The Washington Post, and NPR called the election in Biden's favor at with the Democratic nominee having captured over 270 Electoral College votes after winning the battleground state of Pennsylvania.

Biden's win makes Harris the first woman to serve as vice president of the United States. She is also the first Black woman and first person of Indian descent to be elected to the office.

While Biden led Trump in a number of polls leading up to Election Day, Trump's upset in the 2016 election against then-Democratic nominee Hillary Clinton shook voters' faith in presidential election polls and left many waiting with bated breath for the results of this year's race. As candidates, Trump and Biden offered voters starkly different visions and policy plans, particularly when it came to health care and the ongoing COVID-19 pandemic. Although Biden won't take over the Oval Office until Jan. 20, 2021, he and Harris will likely find themselves assuming control of a heavily divided nation still grappling with not only COVID-19 but the virus' economic impact.

On the final day of his campaign, Biden returned to his roots, visiting his childhood home in Scranton, Pennsylvania. There, the former vice president picked up a pen and scribbled what some might describe as his Election Day wish on a wall in the living room: "From this House to the White House with the Grace of God." Biden finished the message with his signature and the date.

According to The Hill, Biden signed that same wall when he ran as President Barack Obama's running mate in the 2008 election. But his message then was decidedly different as he wrote simply, "I Am Home." This election, it seemed Biden was intent on visualizing a new house for himself.