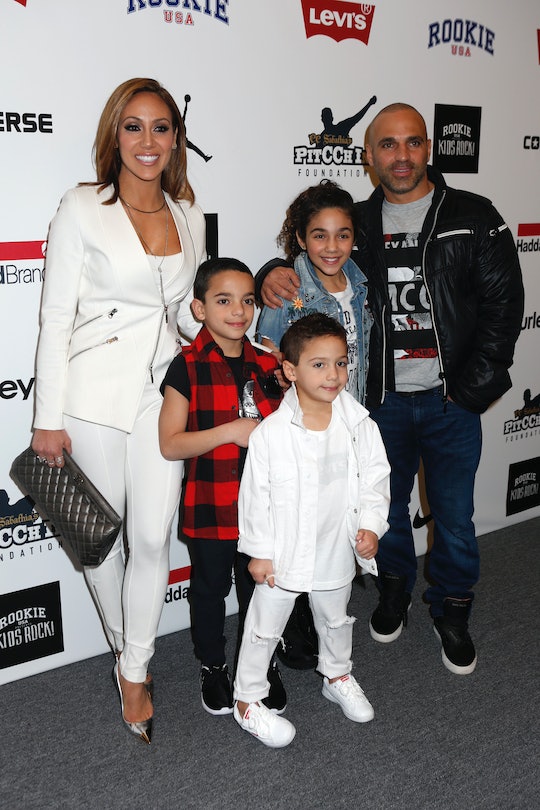 The Real Housewives of New Jersey has spent a lot of Season 7 focusing on Melissa Gorga as she embarks on a new career: opening a clothing boutique called Envy. It's been genuinely sweet to see how excited Melissa is to get to work, especially because she's made a point of mentioning that part of her motivation stems from wanting her children to be proud of her. She especially wants her daughter to know that it's possible to have both a happy family and a successful career. That's why it's been such a drag to see her husband act as unsupportive as possible. Joe Gorga's comments about motherhood on RHONJ have been, frankly, gross and offensive all season long.

Joe has been a constant downer when it comes to Melissa's store, always pointing out the low chances of its success, making demands on Melissa's time, and endlessly complaining that his needs aren't being met to his satisfaction. He's been unhappy about taking a more active role in looking after his own children and he isn't shy about saying so, either. Joe doesn't appear to have any regard for the needs and wants of his family or his wife, preferring Melissa act like some kind of 1950s Stepford-style perfect homemaker.

Joe's comments grew ever more ridiculous every time he opened his mouth, going from eye roll worthy to full-on absurd. Melissa has mentioned Joe's "old school mentality" but it's worse than just being old school; it seems like Joe has gleaned the most sexist ideas from the last millennia and whipped them up into a smoothie of nonsense. Just a few choice comments from Joe to really give the full effect:

Back in the 1800s, the women stayed home. The men went and hunted. That's what men do, we go to work. We bring back the bacon. The women, they cook the bacon. I'm a caveman. It's what we do.

Owning his gross attitude does not actually make it any less gross, by the way.

What grown man needs a woman to iron his underwear for him?

This wasn’t our deal. Our deal was I get married to you, and you watch the kids.

That sure sounds like a great deal. I hope Melissa kept the receipt for that transaction.

I love hanging out with my kids. But taking care of my kids? That's a whole different animal.

It’s like I’m a single parent. Get them dressed, bathe them, clean their butts. I might as well start giving them the nipple! I’m producing milk as we speak! My boobs are growing!

I don’t want you to work. I want you home. I didn’t want a part time wife.

Joe tried to save face a little, it seems, by telling Melissa he was proud of her on her store's opening night, but it was really too little too late. His struggle to manage his kids would have bordered on comical if it wasn't so uncomfortable to watch, accompanied as it was by such outdated statements.

Joe's idea that women – or at least the woman he married – should give up every shred of independence to pick up after their husbands and children is worse than backwards: it's toxic.