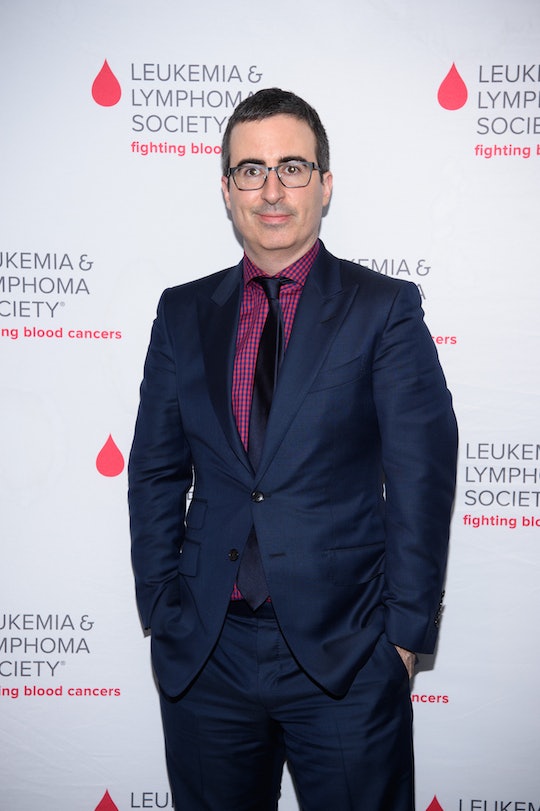 On Sunday's episode of Last Week Tonight, John Oliver briefly reviewed all of the nutty things that Donald Trump said in the previous week, which isn't new, except this week revolved around a handmade chart. Beyond that, the main story was on cars, and John Oliver's used car skit on Last Week Tonight recapped everything that is wrong with car loans today. Oh, and he had some help from Keegan Michael-Key and Bob Balaban.

As soon as Oliver began talking about subprime loans, and how basically anyone can get a car loan at straight up inhumane interest rates no matter how shot their credit, everything I thought I had forgotten about the movie The Big Short came flooding back into my consciousness. This was intentional, as Oliver was very clear in drawing some major comparisons between the mortgage meltdown of 10 years ago to the auto loan bubble that just might burst any day now. Oliver recapped the whole dreadful scenario in a skit set at a used car dealership. Keegan Michael-Key showed up in all his frantic glory as another used car dealer at "Crazy Johnny's" selling people cheap cars at unbearably high interest rates that might be repossessed at any moment (with or without your infant child in the back seat). Then Bob Balaban showed up to make the whole thing even more perfect.

As usual, John Oliver found the most perfectly hilarious way to illustrate a disturbing truth about American society. At the beginning of his segment, Oliver pointed out that like so many other things, the loan practices of car dealerships tend to cost low-income people far more than it would ever cost an high-income person. In particular, "buy here, pay here" loans can be incredibly vicious. These loans are made by the dealership itself, and can charge interest rates as high as 29 percent, and repossess the vehicle if the owner is only a day or so late on a payment. Some companies even go so far as to install a device in the car that alerts the driver when a payment is due, and if it is not paid, will actually shut off the car.

As fun as it is to watch Oliver, Key, and Balaban pretend to sell us terrible cars at the most honest skeezy car dealership in the world, the practices they're lampooning are all too depressingly real.