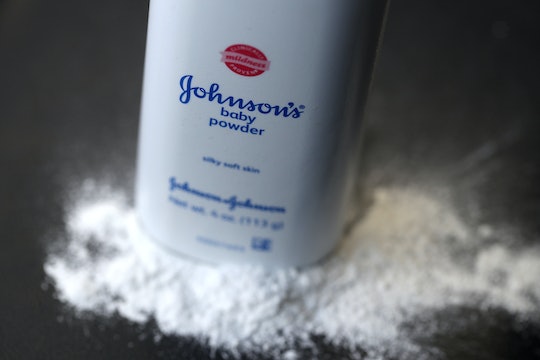 Following an investigation that found low levels of asbestos in a sample of baby powder purchased online, Johnson & Johnson issued a voluntary recall on baby powder "out of an abundance of caution." The recall is limited to one lot of baby powder, which includes around 33,000 bottles.

The voluntary recall was initiated after a test conducted on a sample by the U.S. Food and Drug Administration (FDA) found "sub-trace levels of chrysotile asbestos contamination," which were no greater than 0.00002%, the company said in a recall statement on Friday, Oct. 18.

The sample came from an online retailer, according to Johnson & Johnson, though it's not clear where exactly it was purchased and if the bottles from the recalled lot were also sold in stores. Those details may become known soon, though, as the company stated that they're still in the "early stage of the investigation."

"Despite the low levels reported and in full cooperation and collaboration with the FDA, JJCI is initiating this voluntary recall of Lot #22318RB of Johnson’s Baby Powder, from which the tested sample was taken," the recall notice states.

The lot #22318RB will be listed on the bottle and if you find that you have a bottle from the recalled batch, the company is advising customers "to discontinue use of the product." Consumers can also contact Johnson & Johnson for a refund by phone at 866-565-2229 or online at www.johnsonsbaby.com.

Because Johnson & Johnson is still investigating the findings of the FDA's test, the company said it can't yet confirm several details, such as "if cross-contamination of the sample caused a false positive," if the tested sample "was taken from a bottle with an intact seal or whether the sample was prepared in a controlled environment," and if the sample was "authentic or counterfeit."

Baby powder is often made with talcum powder, which comes from talc, a naturally occurring mineral and "in its natural form, some talc contains asbestos," according to the American Cancer Society. Exposure to asbestos is known cause a number of cancers, according to The Mesothelioma Center. In fact, one study published in The Journal of Occupational and Environmental Medicine earlier this week found that talcum powders — which are also used in products like blush and other facial powders — that were contaminated with asbestos may be linked to a mesothelioma, a rare cancer.

Johnson & Johnson said that the company has "a rigorous testing standard in place to ensure its cosmetic talc is safe and years of testing, including the FDA’s own testing on prior occasions — and as recently as last month — found no asbestos. Thousands of tests over the past 40 years repeatedly confirm that our consumer talc products do not contain asbestos."

With this recall in place and until more details are known, parents can turn to their trusted medical professional for more guidance or concerns. And, of course, if you have a recalled bottle of baby powder at home, stop using it immediately and contact Johnson & Johnson for more information.