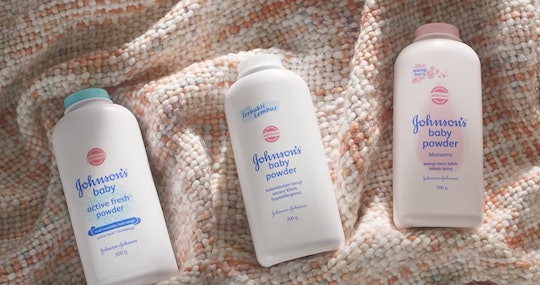 On Monday, in a highly publicized verdict, a jury in California ordered healthcare giant Johnson & Johnson to pay $417 million to a local woman who contracted ovarian cancer after years of reportedly using Johnson & Johnson baby powder. According to the CBC, it's one of 4,800 similar claims taking place across the country, and it came directly after Johnson & Johnson was ordered to pay a total of $307 million after losing four trials in Missouri.

In the California case, 63-year-old Eva Echeverria said she had been using Johnson & Johnson talc baby powder since she was 11, as part of her feminine hygiene care, according to CNN. She said she only stopped using the talcum powder last year, when she read a news story linking a woman's ovarian cancer to the powder. If there had been a warning label on the product, Echeverria testified, she wouldn't have used it. Johnson & Johnson is preparing to appeal the verdict.

In the statement, Goodrich pointed to a review conducted by the National Cancer Institute's Physician Data Query Editorial Board, which wrote that the "weight of evidence does not support an association between perineal talc exposure and an increased risk of ovarian cancer."

Echeverria is currently undergoing treatment at a hospital, according to the Associated Press, and her lawyer said she simply wanted Johnson & Johnson to label its products with appropriate warnings.

"Mrs. Echeverria is dying from this ovarian cancer and she said to me all she wanted to do was to help the other women throughout the whole country who have ovarian cancer for using Johnson & Johnson for 20 and 30 years," attorney Mark Robinson told the Associated Press. He continued:

She really didn’t want sympathy. She just wanted to get a message out to help these other women. ... Johnson & Johnson had many warning bells over a 30 year period but failed to warn the women who were buying its product.

The verdict on whether talcum powder is safe to use or not seems to be out, at the moment. Some studies, such as the National Cancer Institute's Physician Data Query Editorial Board, haven't found sufficient evidence to condemn the product. According to the American Cancer Society, the International Agency for Research on Cancer says genital use of talcum powder can be "possibly carcinogenic to humans." Overall, it seems like further studies are necessary — but in the meantime, if you have your doubts about its safety, there are plenty of other talc-free baby powders that can be used both on baby's bottoms and elsewhere.

Monday's verdict marked the largest amount awarded in a talcum case against Johnson & Johnson. The company is now preparing for further trials against their talcum powder.