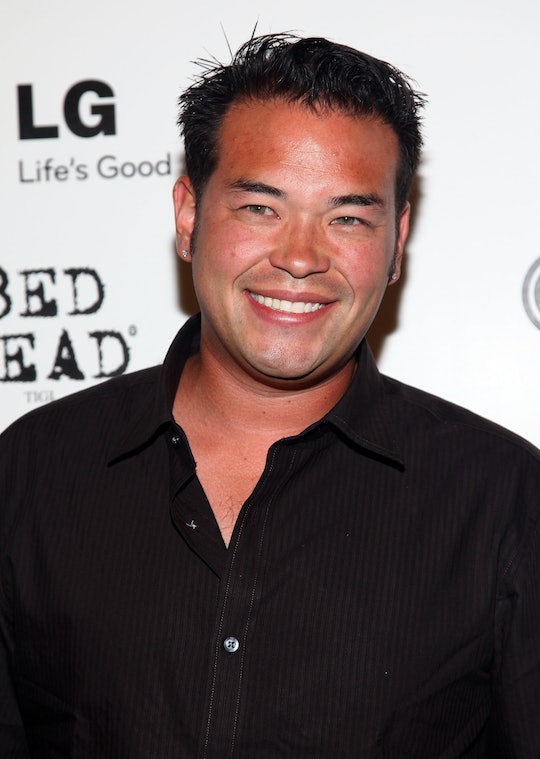 Collin Gosselin entered a live-in facility near his family's Pennsylvania home in August 2016 to treat his special needs, Kate Gosselin revealed in an interview with People at the time. But now — two years later — it looks like Collin is spending more time at home with his loved ones. Want some proof? Look no further than these rare photo of Collin shared by his dad, Jon Gosselin.

After fans started to notice Collin's absence from family gatherings and episodes of Kate Plus 8, Kate announced that her son had entered a live-in facility to treat unspecified special needs.

"Collin has special needs," Kate told People. "[There's] a fairly fluid diagnosis of what those needs are, but he needs to learn certain strategies to help him deal with things. This has been a struggle we've had for a very long time, and it's one I've dealt with on my own." Kate also added that her "entire family has been impacted" by the situation.

Although Kate has kept the details of Collin's situation on the DL — in addition to rarely mentioning him on social media — Jon has remained vocal about his son.

"Glad I could celebrate my son Collin’s 14th birthday with him and his sister!" Jon captioned a cute shot of himself with Hannah and Collin in May shared on Instagram.

Cut to six months later, and it looks like Collin is visiting his family more often. Jon alluded to this development in an Instagram post on Monday, revealing that he took Collin to get a new hair cut as a homecoming tribute.

"A HUGE thank you to Eric Rodriguez @ebarber828 at Mike and Joes Barber shop for welcoming my son Collin home with a fresh new cut!!!" Jon captioned the sweet snap. "Eric has cut my hair for 20 plus years."

Considering Collin has rarely been photographed throughout these last few years, this pic is a pretty big deal.

"Had a good weekend visit with Collin at home!" Jon wrote.

Many fans are thrilled to see Collin reunited with his family.

"Great Pic brother! 😎🙌😊" one person commented on the snaps.

"Your son is a handsome guy! Spitting image of you brotha," another fan added.

At this time, details of Collin's living arrangements remain unclear. There is some talk of an impending custody battle, but neither Jon or Kate have publicly commented on the matter.

Another source claims Collin has been moved to a new live-in facility where he's "thriving," as Us Weekly reported. “They work closely with Jon and really do care about Collin,” the insider told the publication.

Rumors about Collin's living arrangements aside, it's wild to realize he's a teenager now. Kate touched on this sentiment in a birthday post to her sextuplets, writing:

Happy 14th Birthday, my ‘babies’. 14 years ago almost to the minute, I was in my wheelchair, making my way around the ENTIRE NICU, meeting each of you face to face for the very first time. I’ll never forget how tiny yet perfect each of you were.

No matter where Collin calls home in the future, it's clear he's surrounded by a lot of people who love him. And at the end of the day, this is what's most important.