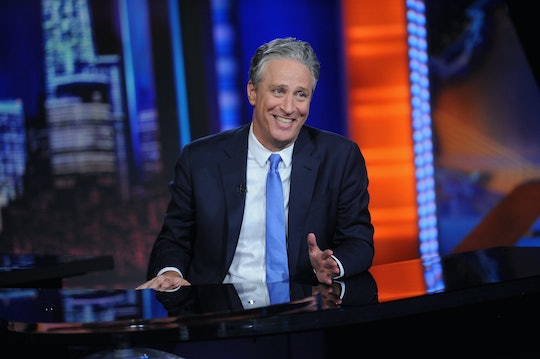 Jon Stewart & HBO Team Up For A "Short-Form Content" Deal, & Chances Are, It's Gonna Be Big

Our national nightmare is coming to an end very, very soon: We may get our Jon Stewart back soon after all. (Well, sorta.) Three months after he signed off The Daily Show with no concrete plans for what he would do next, Jon Stewart and HBO have teamed up for a four-year production deal. The major partnership, which was announced today by the network, will cover multiple platforms from HBO GO to HBO NOW — and will allow Stewart to create content for the upcoming presidential election. So we won’t be lost without him after all! (Although you know there's a few candidates may be shuddering at this news.)

In his own statement, Stewart said the HBO gig is ideal.  “Appearing on television 22 minutes a night clearly broke me," said Stewart. "I'm pretty sure I can produce a few minutes of content every now and again." And most people reacting to the news online seem to agree the partnership is perfect...

Beyond the online content, the deal grants HBO the “first-look option” with Stewart’s projects — which basically means they get first dibs on his ideas. As for what those could be, Stewart didn’t provide many clues about his plans when his tenure with The Daily Show wrapped in August, instead saying he was just enjoying the break. However, Stewart’s resume includes directing a film, covering hard news and doing standup... So just about anything is possible.