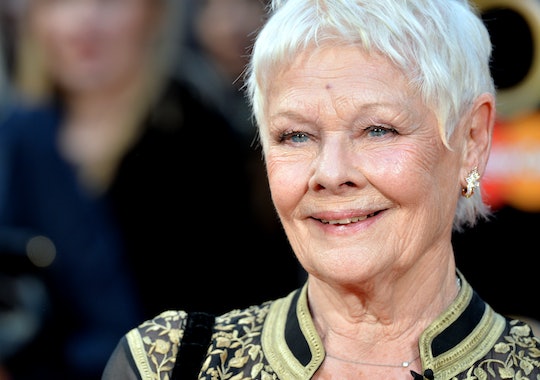 Although the Rio Opening Ceremony is a time for celebration and a showcase of all the wonderful things Brazil has to offer, the ceremony also took the time to talk about a serious issue: climate change. And who better to discuss this worldwide issue than England's sweetheart? Academy Award winner Judi Dench narrated the Rio Olympics climate change video with a sincerity and seriousness that caught many viewers attention. The video showed maps and diagrams, displaying how the global temperatures are rising, causing the melting of ice caps and the warming of cities across the globe, including, of course, Rio.

Rio has been disappearing under floodwaters and it's no surprise that Brazil took this opportunity, when they have all of the world's eyes on them, to raise awareness about an issue that greatly affects the city and the country as a whole. Brazil is home to a large part of the Amazon and the video also focused in on how important trees are to the environment, noting how trees can even delay global warming, but they can't stop it.

Dench was the perfect choice to narrate this short film. Her melodious voice grabbed viewers' attention while also being clear about the importance of the issue. It's no surprise that she was chosen to fill this role, and, ironically enough, her James Bond co-star, Daniel Craig, filled a similar role when he participated in a skit for the London 2012 Olympics. Although Craig's performance was much less serious than the work Dench did for the 2016 Olympics, it's interesting that they were both chosen to participate in Olympic films.

Of course, climate change is still a very highly debated topic and not everyone was pleased with Brazil using the opening ceremony as a platform to promote awareness about climate change. However, for the most part, the response seems to be positive. Many feel that the discussion about climate change was necessary and a great way for Brazil to use its platform.

Science is overwhelmingly in favor of supporting climate change. Still, regardless of personal views on the topic, it's hard to deny that the video and the display that went along with it was well done. The images, along with Dench's voice, made for a captivating video that will keep people talking.