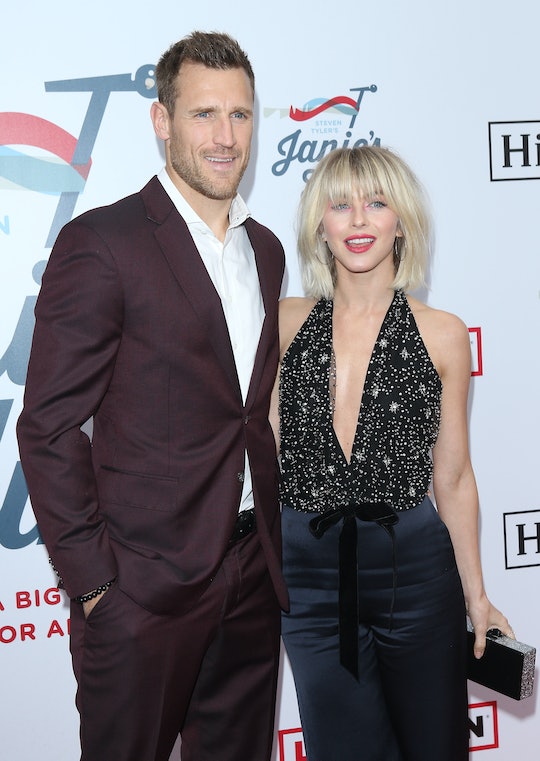 As common as in vitro fertilization is these days, it's mind boggling to think this method of conception has only been around for 40 years. (The first IVF baby was born in 1978.) Since then, more than 8 million babies have been born thanks to the procedure — and yet, there still remains a certain stigma attached to it. In fact, it's common for couples to keep quiet about their IVF efforts until after a successful pregnancy has transpired. Which is why it's kind of a big deal that Julianne Hough and husband Brooks Laich are going through IVF to start a family — and have already announced it.

Laich recently opened up about their plans in a cover story for Us Weekly. “My wife and I want to have children in our future, and going through IVF was a decision we made to increase the [odds] of that happening,” the NHL player told the magazine. “I wish people would perceive it [that way instead of with] shame or guilt.” According to the publication, Laich hopes to tackle this topic and more on his podcast iHeartRadio's "How Men Think," alongside cohost Gavin DeGraw. “We want to … attack things that are stereotyped or deemed sensitive or hush-hush,” he explained.

The fact that Hough, 30, and Laich, 35, are turning to IVF shouldn't come as too much of a surprise for fans — considering the dancer has been open about her endometriosis diagnosis. Hough first opened up about her struggle with endometriosis back in 2008 when it affected her participation in Dancing with the Stars, according to People. The then 20-year-old ended up having surgery to remove massive amounts of scar tissue found outside of her uterus that spread to her appendix and right hip. If untreated, the endometriosis could have left her infertile.

“I know more than anything I want to be a mom and have kids,” she told People at the time. “That’s so important to me.” She continued:

I was so scared. But I have a very strong threshold for pain, so if it was hurting me, there was something wrong.

As Hough told E! Online in March 2018, because she discovered her condition 10 years ago, she doesn't think it will ultimately prevent her from having children. "The good thing is I found out that I had endometriosis when I did back in 2008 so I've been really lucky that I'm able to come across things that maybe could've been challenging in the future," she explained "But now that I know, and that I've had conversations with my doctor, we're good."

I commend Julianne Hough and Brooks Laich for not shying away from talking about things like endometriosis and IVF. Because as much as people don't talk about them — or if they do, it's usually after they've gotten their "happy ending" — they're actually more common than you might think. I know I'm looking forward to what Laich has to say about the IVF process on his podcast. And I'm sure plenty of other couples struggling with infertility do, too.