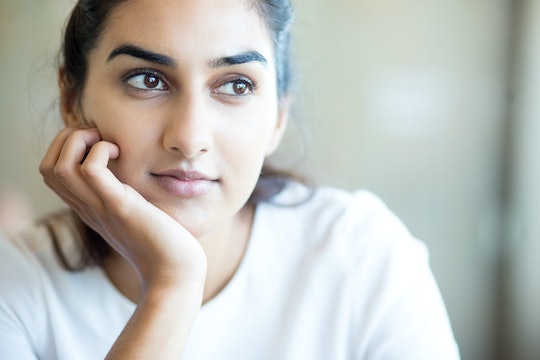 Jupiter Goes Into Retrograde Today: WTF Does That Mean For Your Sign?

Even the most low-key astrology fans know enough to shudder when they hear the word "retrograde." When a planet goes retrograde, it appears to move backward in the sky (it doesn't literally, though) and is often blamed for wreaking all kinds of astrological havoc — which is why hearing that Mercury in retrograde sends people into a panic. But Mercury isn't the only planet that does the backwards thing; right now, it's Jupiter's turn. So what exactly is Jupiter retrograde and what does it mean for your sign?

First of all, don't expect the same kinds of challenges you anticipate when Mercury goes retrograde. Different planets correspond to different areas of life, after all. As an article on Astrology Zone explained, "when a planet retrogrades, astrologically it is in a resting or sleeping state." So essentially, everything governed by that planet is left temporarily unsupervised. Mercury rules communication (as well as contracts and agreements), which is why you hear people complaining about everything from email glitches to verbal misunderstandings to packages going undelivered when that planet is in retrograde mode. Jupiter, on the other hand, is the planet of "luck and abundance," as astrologer Maressa Brown tells Romper.

"Jupiter is one of the biggest planets, physically, and that plays into how it works astrologically," she explains.

Jupiter is all about expansiveness and big picture thinking, she explains, and has an "exaggerating effect." That said, it's also considered to be a "benevolent" planet, which is why even when it's in retrograde, the effects on your sign won't be as harsh as those of a Mercury retrograde, for example. A Jupiter retrograde in Scorpio, Brown says, is all about internal, spiritual changes — and you'll have plenty of time to dig deep, because this period lasts from March 8 until July 10. (While Mercury goes into retrograde three or four times a year, Jupiter only does this once, and for a period of several months).

What this time of introspection means for you depends on your sign and which personal house is affected by this particular planetary transit. And remember: Big planet = Big picture thinking!