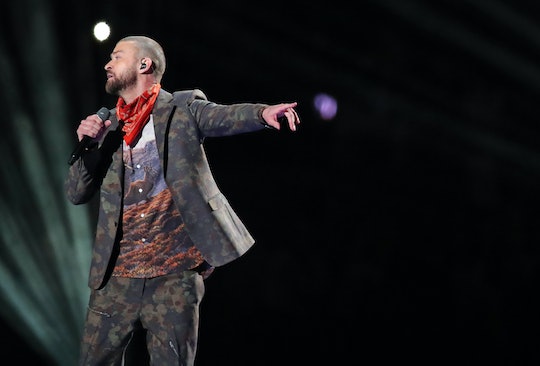 It was always going to be hard (sorry) to top Nipplegate, but the tweets following Justin Timberlake's Super Bowl show confirm that he almost certainly scraped together enough viral ephemera to form a meme. This time around, it wasn't Janet Jackson's nipple who made the performance Something To Remember, and it wasn't the controversial projection of Prince singing onto a silk, it was the random young child belonging to whatever generation comes after millennial who became, for one sweet second, selfie boy.

Update: "Selfie boy" has been identified as 13-year-old Ryan McKenna from Massachusetts, and had been booked on morning shows before the Super Bowl even finished. Confirming the virality of his selfie move, McKenna told Twin Cities, "I’ve gotten so many notifications. I’ve got like 36 Snapchats, like 21 DMs, and like 150 follower requests on Instagram."

Earlier: Making his way through the crowd during his performance, Timberlake blessed the people with his fist-pumpy pop-hip-hop stylings, and brought the young soul — a human boy — into his realm, launching a million tweets. The lad (I am 99 percent sure) got an actual selfie with Timberlake, which is worth approximately one million bitcoins, if my knowledge of cryptocurrency is to be relied on. And Selfie Boy was instantly internet-famous. The Twitters were swift.

Here is the moment of confrontation. 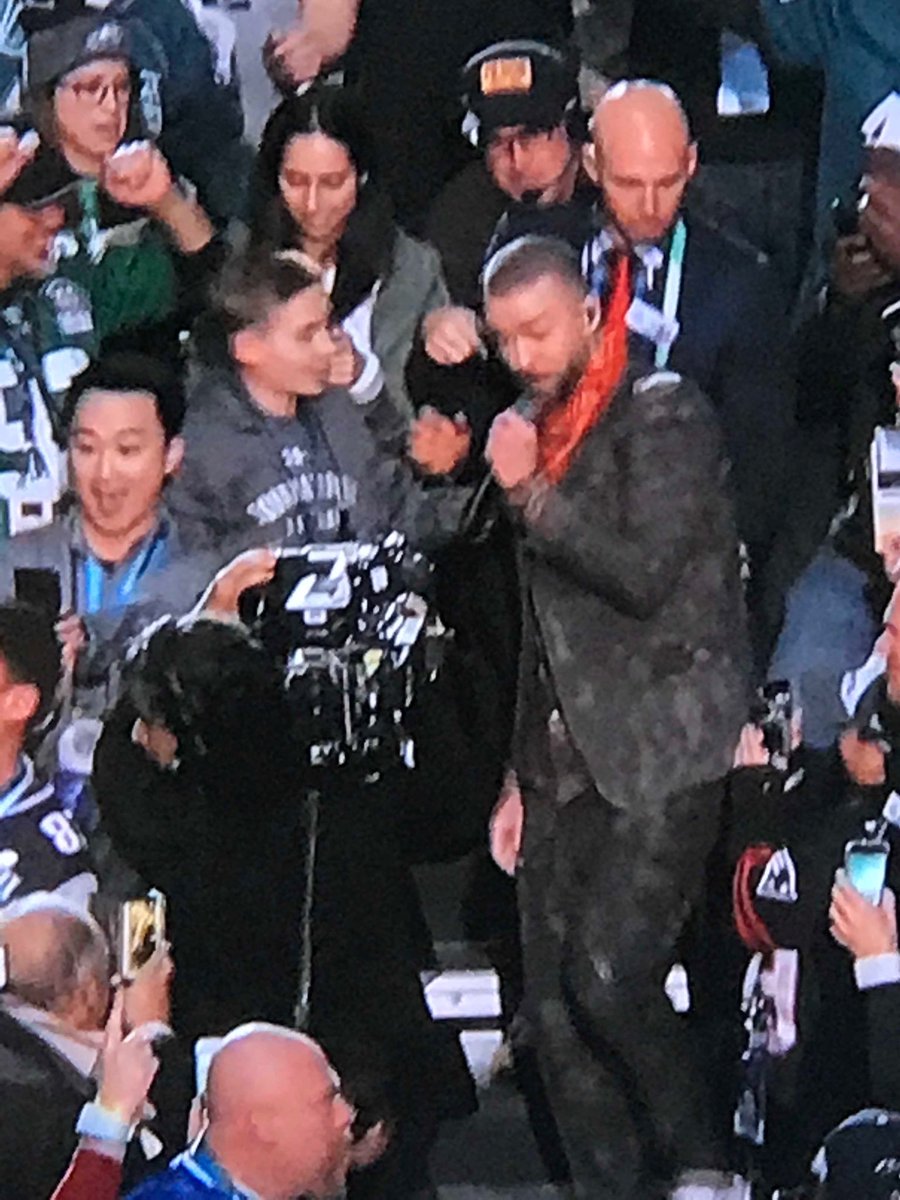 And a taste of the vox populi:

"Can't wait for that selfie boy to have a book deal and an Ellen appearance and free Wendy's nuggets for life and to be Chris Evan's plus one to Infinity War etc." wrote Twitter user Chris Rollins.

And there were fierce callouts of the #TidePodGeneration.

Did selfie boy even deserve such royalty as to share a moment with Britney Spears' ex? Twitter: PROBABLY NOT.

What are they even teaching in schools these days?

Other Twitter users seemed to unironically adore the moment...

... while some just commentated it.

Many of them seemed not to appreciate the intensity of finding a famous person, or at least the most famous person the NFL could afford on this given night, right next to you singing old tunes. It is hard to keep your cool, and we are certainly not judging selfie boy for a) wanting to take a selfie, b) fluffing it up, or c) having floor access when the rest of us were watching on the NBC Sports app at home with Hershey's Kisses wrappers littered all over us.

In fact, if we want to get deep into Justin Timberlake selfie territory, the boy was not so off base to want to whip out his phone for the hashtag-trending moment. Timberlake himself prompted a legislative change to the state of Tennessee after tweeting a selfie from his Memphis voting booth, thereby threatening the rule of democracy. Billboard wrote about it, and I am still frankly quite entertained by the incident, given that hanging chads could barely motivate the state of Florida to get its democratic act together back in 2000. ANYWAY.

My advice to the internet commentators judging selfie boy are to put away your jealousy and enjoy the gift he presented in a half-time show in which the biggest thing would otherwise have been a couple of high school gym classes carrying around giant mirrors and Timberlake maybe making Prince fans furious by singing alongside a silk projection of the Minnesotan legend (better than a hologram!). And to for god's sake be cool about it. The best memes take time, Mouna.

Then it was back to the game for those of us who came to watch analysts scribble yellow lines on the TV as footballers run around in a beta version of Snapchat.