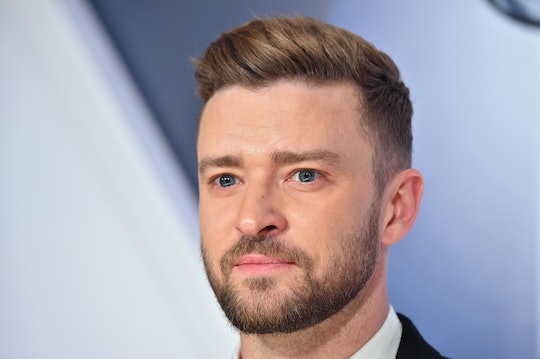 Justin Timberlake might be one of the coolest dads in Hollywood. Not only was he a part of one of the best boybands of all time he also makes some incredible pop music and is undoubtably one of the best pop musicians around. The guy is also pretty dang funny. He is also a pretty funny guy. But when Timberlake isn't busy making music or making hilarious appearances on The Tonight Show, he is busy being a father. So when Justin Timberlake talks about fatherhood, I know he is going to say something hilarious.

On Friday, Justin made a guest appearance on New York City's Z100 morning radio show with Elvis Duran and he said something funny about fatherhood, alright. He told poop stories. As a parent, can anything be funnier or more relatable?

Justin spoke of how he looks at everything differently as a father to his first and only child, a son, Silas, who is 13-months-old.

"Oh, you look at everything differently now! Having a little man in the house changes everything! When I used to clean up my dog's poop, it was like a science project; I wouldn't get very close to it. When you have a kid, and there's poop, you gotta get in there! Nothing trumps your kids cleanliness so you just have to get in there!"

And he is right!! Before you're a parent, a lot of things can seem strange or gross — like getting peed on by a baby or cleaning up poop. But when you become a parent, something changes. When it comes to your child, you will do anything and everything for them, including dealing with a whole bunch of poop. Because your kid's cleanliness is what truly matters most as a parent.

Justin was in town promoting the release of his newest song in three years, "Can't Stop This Feeling" from the upcoming film, Trolls which Justin also stars in. "To be honest, working on this soundtrack inspired me to get back in because I was having so much fun making music for the movie that it kind of just started to bleed over and into maybe seeing what would happen if I were to make another record for myself," he told Duran.

Could this mean that a new Justin Timberlake album will be here soon? I certainly hope so. It has been a while since JT has released a new album, let alone a new song and I am missing Justin Timberlake from my TV and radio stations. Luckily, with Justin out promoting his new film, we'll be sure to get more hilarious stories about parenting, like this one involving poop.