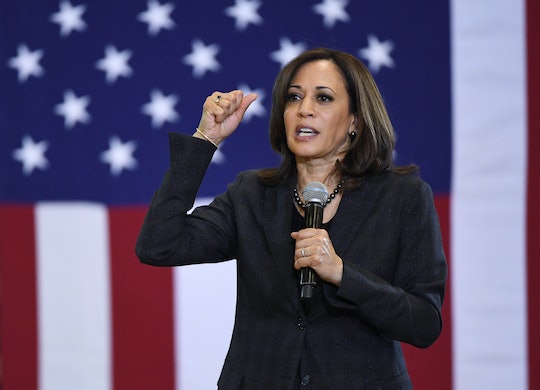 Presidential hopeful and California Sen. Kamala Harris unveiled her teacher pay raise plan on Tuesday, an initiative that would invest a historic $315 billion over 10 years to close the "teacher pay gap," according to The Washington Post. The campaign initiative would raise teacher salaries in America up to 20 percent, while specifically targeting educators who serve low-income communities. The proposal is a significant step forward in closing the achievement gap that makes it difficult for deserving students to reach their educational goals.

Before Harris revealed her full teacher pay raise plan to the public, she gave a rousing speech at a campaign rally in Houston, Texas, in which she highlighted the importance of teachers, as NBC News reported.

“We are a nation and a society that pretends to care about education. But not so much the education of other people’s children. We gotta deal with that,” Harris said, according to CNN. “You can judge a society by the way it treats its children. And one of the greatest expressions of love that a society can give its children is educating those children with the resources they need. Teachers are our greatest resource in that endeavor.”

Well, it looks like Harris practices what she preaches because her teacher pay raise plan would invest billions of federal funds towards educators. The senator plans to give the "average teacher a $13,500 raise over four years, which her campaign says would close the gap in what US teachers currently make compared to other professionals with similar education and experience," according to Vox. The 10-year plan would invest a total of $315 billion, NBC News reported.

Of course, some voters want to know how Harris plans to pay for these raises. The federal government would provide the "first 10% of funding needed, and states would be incentivized to close the remainder of the teacher pay gap," according to the Denver Channel. In the last three years of the plan, the government would give $3 in federal dollars for every $1 states invest in teacher salaries, according to CNBC.

Catherine Brown, a senior fellow with the Center for American Progress Action who advised on the plan, told Politico: “Given how important the teaching profession is for the economy and democracy and the strong support among the public for elevating the teaching profession, I think you would see a lot of states participate."

As for low-income communities, these are high-priority areas for Harris.

"Our plan makes an additional targeted investment, beyond just closing the gap, to pay teachers in America’s highest-need schools more than other comparable professionals in their state," a statement on her official campaign website reads. "In allocating the investment, we’ll take into account the extent to which these schools face high rates of funding inequality."

It can't be reiterated enough that income inequality plays a big role in academic achievement. Case in point: "The gap in achievement test scores between students from the richest 10% of families and the poorest 10% grew by 40 to 50 percent between the mid 1970s and the early 2000s," according to a study published in July 2011.

One of the necessary steps to close this troubling gap involves teacher salaries. Teachers in low-income areas are paid less and, as a result, these districts struggle with staff retention and recruitment, according to the Center for American Progress. As a former special education teacher in Baltimore, Maryland, I personally can attest to this problem.

It's important to point out here, however, that Harris' teacher pay raise plan won't solve education inequality in America. But giving teachers the pay they need and deserve is a crucial component in ensuring successful futures for all students.