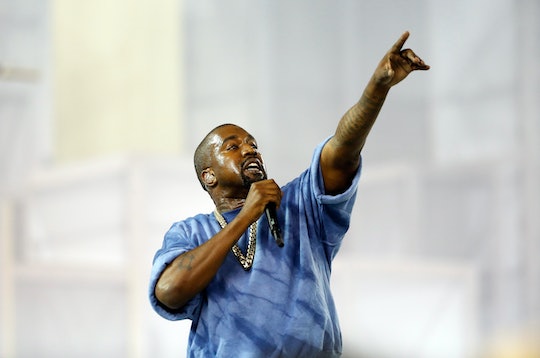 Kanye West’s “Me Too” Lyric On ‘Ye’ Has Twitter Furious

Last night, Kanye West streamed his eighth album, 'Ye', at an exclusive listening party. But if the former Chicago rapper thought new music would help get public opinion back on his side, it seems that he was mistaken. People caught ahold of some of the rapper's bars and Kanye West's "Me Too" Lyric on 'Ye' has Twitter furious.

After West's declaration of support for Donald Trump last month, Twitter and celebrities alike were quick to condemn the rapper. As noted by NME, West shared pictures of himself in one of the infamous "Make America Great Again Hats" and even called Trump his brother. Snoop Dogg hit back by dropping photos of West in his MAGA hat on Instagram where he likened the development to the plot of "Get Out".

Def Jame executive Russell Simmons was another celebrity that made his opinion about the situation known. Namely, that he believed the hip hop community needs to help West. "Kanye is suffering, he is unraveling in public," Simmons said in his statement, "Time for an intervention."

In response, West included this lyric on his new track, Yikes:

For those unaware, Simmons is facing allegations of sexual assault himself. While some are trying to argue that the lyric isn't that bad, Twitter isn't having it.

What really seals the lyric as troublesome, though, is what comes immediately after it:

Thinkin' what if that happened to me too / Then I'm on E! News

Regardless of whether people want to try reading West's previous lyric as a real condemnation of the allegations Simmons is facing, the following lyric makes it clear that's not the case. To West, the Me Too movement has become reduced to a convenient "got'cha!" moment. And given the number of celebrities who are now facing allegations as the Me Too movement continues to gather momentum, West's musing about "what if that happened to me too" is more troubling than anything.

Later on in the album, West dives deeper into discussing his relationship with women:

Father forgive me, I'm scared of the karma / 'Cause now I see women as somethin/ to nurture / Not somethin' to conquer

In the above lyric, West is referencing how his attitude towards women changed - only after he had his daughter. It's especially haunting given the "Father forgive me, I'm scared of the karma" lyric, a reference to how recklessly men, including West, have treated women in the past.

West's misogyny definitely isn't new nor is the trope of men only noticing the humanity of women once they have a personal connection to one. After disclosing his fear of karmic retribution, West goes on to rap the following lines:

I pray that you don't get it all at once / Curves under your dress, I know it's pervs all on the net

In "Violent Crimes", West may be discussing the sexualization that his daughters will face as young Black women, but the execution clearly leaves much to be desired.

The fact that West openly admits to only seeing women as conquests is a frightening admission. When paired with his earlier Me Too lyrics, it's clear that West's sympathies only extend as far as his own daughters. He still takes time to critique his wife's body and appearance, praying that his daughter's dress and look like him instead. It is the classic approach of putting the responsibility of not being harmed in the hands of women instead of placing the onus on assailants.

Overall, it seems that "Ye" is West's attempt to get back into the public's good graces by lightly touching on popular social issues. And while there are some people who will always rock with an artist, no matter how terrible, a quick look at Twitter makes it clear - no one who was finished with West before is changing their minds now.

More Like This
The Purple Wiggle Is A Total Thirst Trap & Moms Are Drinking Him Up
20 Songs About Love, Friendship, & Family To Listen To With Your Kids On Valentine's Day
28 Taylor Swift Lyrics To Caption Your Valentine’s Day Instagram Post
Jessie James Decker's Husband Is Worried A Vasectomy Will Take Away His "Power"
What Parents Are Talking About — Delivered Straight To Your Inbox