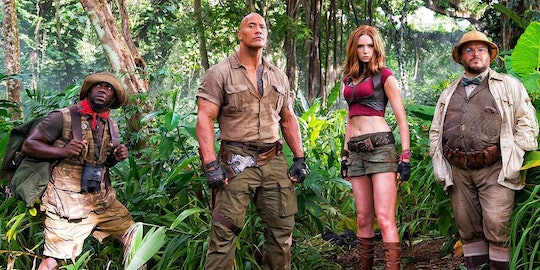 Karen Gillan Responds To 'Jumanji' Outfit Criticism, Promises There Is A "Reason"

I'll admit that I was a bit iffy about the new Jumanji reboot when it was confirmed last August. The original, starring Robin Williams and a young Kirsten Dunst, is an absolute classic – it's hard not to be wary when Hollywood starts messing with classics. I wasn't alone either – many fans voiced concerns with remaking the iconic '90s movie. But the drama didn't stop there. There was an outcry against the main female character's outfit in the first promotional still. Lead actress Karen Gillan responded to the Jumanji outfit criticism, assuring fans that there's a perfectly good explanation for why her character is wearing what she's wearing.

This is not the first time there's been a public uproar over the movie. To begin with, many fans were not thrilled with the idea that the movie, which was flawless in the eyes of countless millennials, was being remade. As it turned out, that was just a misconception – the movie, which shares its title with the 1995 original, is actually a continuation and not a remake. One of the stars of the film, Dwayne "The Rock" Johnson, has been very passionate about the project since the beginning and took to social media on August 19 to assure fans that the movie wasn't a remake. 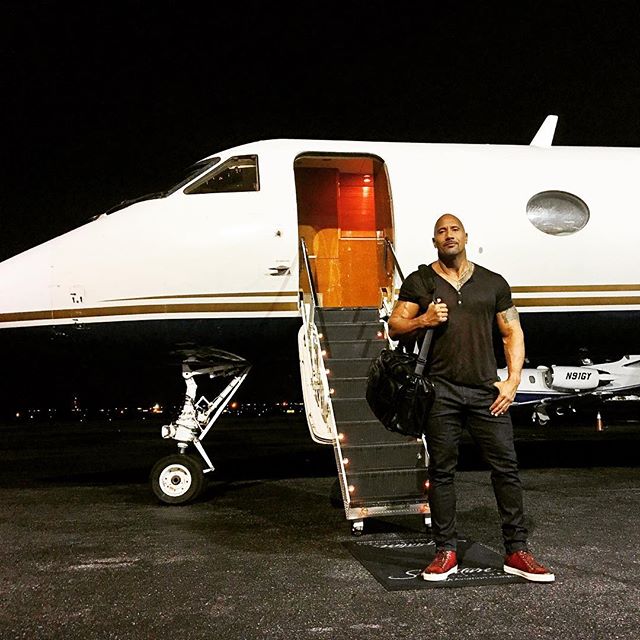 But as the cast slowly came together, I (and, I think, much of the public) started to get more and more excited about the reboot potential. Kevin Hart, Karen Gillan, Jack Black, and even Nick Jonas joined the cast with confirmed roles. We still don't have any idea about the movie's plot or who any of the characters are (though we do have their names), but earlier this week both Hart and Johnson shared the first promotional still from on set. And people, well – they had some concerns. 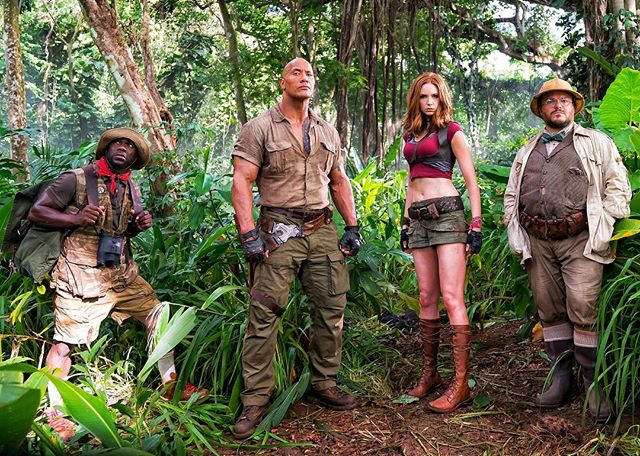 Okay, so, one of these outfits is not like the others, am I right?

As is fairly obvious, the male characters portrayed by Black, Hart, and Johnson are all wearing standard jungle-trekking gear – cargo shorts or pants, unflattering hats, and shoes appropriate for trekking through rough terrain. Gillan's character, on the other hand, is wearing a teeny tiny mid-riff baring crop-top, little shorts, and cute (but probably not very comfortable) boots.

Understandably, many fans were outraged over what seemed like blatantly sexist costuming.

Clearly, the cast feels very strongly about supporting the movie, because several of the actors, including Gillan herself, quickly jumped in to address the criticism. Their response, essentially, was that the outfit would make sense once we actually saw the movie. As in, there's a reason that Gillan's character is dressed like Jumanji Barbie, and it's a plot-relevant reason.

I really hope that their responses are legit – maybe Gillan's costuming actually is some kind of clever social commentary on the unending tendency to "sex up" women in films and on TV for no apparent reason other than to make them one-dimensional eye-candy.

A preliminary guess that I've seen circulated via Twitter is that the main characters are actually the figures used to play the games, which makes some amount of sense – their names are Ruby Roundhouse, Dr. Smolder Bravestone, Moose Finbar, and Professor Shelly Oberon, which don't exactly sound like real-people names. If that's the case, an old-school female game figurine could very well be dressed like this. This costuming decision wouldn't be so irksome if it's pulled off smartly.

In any case, we'll just need to wait until the movie's scheduled July 28 release to find out what Gillan's outfit (and the movie itself) is all about.