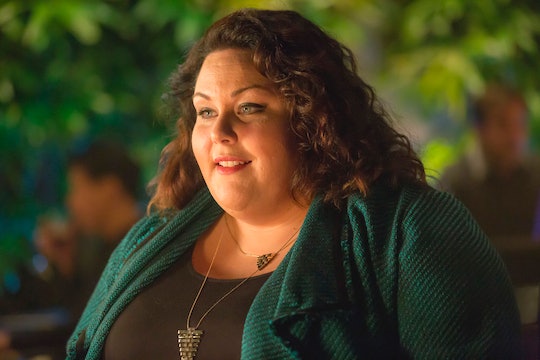 This Is Us has spent a lot of time exploring Kate's complicated relationship with her body: the childhood incidents that made her insecure, her continued struggle to lose weight, and her attempts to balance her goals with her new relationship. Kate's journey towards self-acceptance has been one of stops and starts as she tries to figure out what makes her happy and overcome the self-doubt that has impacted her throughout her life. It all came to a head in "Pilgrim Rick," when a turbulent plane ride led to Kate making a big decision. Kate decided to get gastric bypass surgery on This Is Us and that's going to result in some monumental changes for her.

Kate had often felt hopeless about her weight loss, particularly in the last few episodes. No matter how hard she tried, it didn't seem to have enough of an effect; watching other people in her support group meet their goals when she felt that she wasn't meeting hers made things even more difficult. During one session, Kate listened while another woman discussed her gastric bypass surgery, explaining that if she ate too much during Thanksgiving dinner she would end up spending the rest of the night being sick in the bathroom. Though she didn't seem entirely convinced, the woman said that it was worth it because she had already lost thirty pounds.

Actress Chrissy Metz recently spoke about how the plan was always to lose weight (it was even in her contract), so that Kate's journey could be explored every step of the way, and she mentioned how excited she was by the prospect. "I just have to be clear," Metz told TV Line. "Whether or not I lose weight or stay the same, it's purely a choice of mine for health. Not because I think that plus size, curvy, voluptuous, big bodies aren't attractive — because I think they're awesome and sexy."

Kate has already come so far in her personal life by finally putting herself first and allowing a healthy distance to grow between her and Kevin. She got a new job and started a new romance (even though neither were without their problems), but more than anything Kate has been singleminded about her desire to lose weight. Like many women (myself included) who have struggled with their body image in a society that can make it very hard to look different, it seems like Kate may have conflated weight loss with acceptance and emotional security. Losing weight won't erase every problem she's had. The changing number on the scale doesn't always mean that everything is suddenly fixed.

Like any major surgery, gastric bypass is a big undertaking, as indicated by the woman in Kate's support group. In a gastric bypass surgery, the stomach is divided so that it is smaller and can no longer handle as much food as before; it's supposed to result in the person who had the surgery eating smaller portions. The small intestine is also rerouted so less calories and less nutrients are absorbed. If this is what Kate truly wants then it's entirely within her right to have the surgery. It's her body and therefore her decision alone. That doesn't mean that it will be an easy decision, however.

The most important thing is that Kate learns to love herself no matter how she looks, because there is so much about her to love, regardless of her size. I just hope she comes to realize that fact as well.