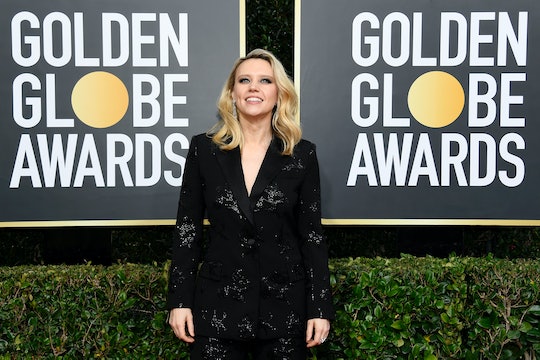 Ellen DeGeneres is such an inspiring person in so many ways. Her generosity and bravery in the face of adversity is something to be admired, and this was certainly recognized at the 2020 Golden Globes. After watching Kate McKinnon's beautiful tribute to Ellen Degeneres at the awards ceremony, it's easy to see how many lives DeGeneres has touched.

DeGeneres was the recipient of the Carol Burnett Award at the 2020 Golden Globes — a fairly new award created in 2019 to pay homage to an actor who has had an impact on television, according to the Chicago Tribune. If there is anyone who has had an impact on TV, it's her. Not only is she the host of her own talk show The Ellen DeGeneres Show, but she came out as a gay woman on her sitcom, Ellen, in 1997, according to Vanity Fair, and "changed pop culture forever."

It's this bravery that has made DeGeneres an icon, making way for others to be completely themselves on TV, regardless of who they are and who they love. It was only fitting that hilarious comedian and Saturday Night Live actress Kate McKinnon (who is openly gay) presented DeGeneres with this award. Hearing her speech before presenting the award to DeGeneres was proof of how deserving she was of it.

"If I hadn't seen her on TV, I would have thought 'I could never be on TV. They don't let LGBT people be on TV,'" McKinnon said. "And more than that, I would have gone on thinking that I was an alien and that I maybe didn't have a right to be here. So thank you, Ellen, for giving me a shot at a good life."

DeGeneres is known for her generosity, especially when it comes to her talk show. Over the past 17 years, she has given away cars and college scholarships, in addition to giving people the means to start their businesses and see their dreams come to reality. But perhaps one of the best things she ever gave others on TV was not a new car, house, or a lifetime supply of sneakers — it was the gift of being able to be an openly gay woman on TV.

During her acceptance speech on Sunday night, DeGeneres stated that she hoped to inspire others to be themselves or simply just be a little kinder to one another. "The real power of television for me is that, not that people watch my show, but people watch my show and then they're inspired to go out and do the same thing in their own lives, make people laugh, or be kind, or help someone less fortunate than themselves. That is the power of television," she said.