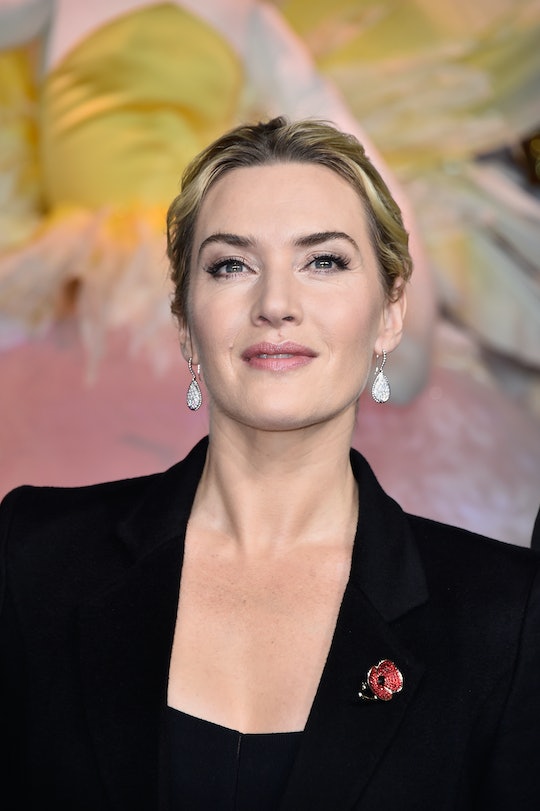 Oh, Kate Winslet, you were one of my favorite female actresses. Sure, I hated you (well your character, not you) when you failed to make space for Jack on your impromptu raft in Titanic, but then you became such a strong, positive female presence in Hollywood that I forgave you. But now I am seeing this: Kate Winslet refers to the pay gap conversation as "vulgar," and all I can say is, Why Kate? Why?

Winslet’s response comes on the heels of Jennifer Lawrence’s recent essay on gender pay inequality, which elicited support from the likes of Bradley Cooper, Lena Dunham, and Emma Watson. In that piece, Lawrence shed light on sexism in Hollywood and became an advocate for equal pay not only in her industry but in society as a whole. It looks like Kate Winslet won’t be joining JLaw's public crusade. In an interview with BBC Newsbeat this week, Winslet said:

I’m having such a problem with these conversations. I understand why they are coming up but maybe it’s a British thing. I don’t like talking about money; it’s a bit vulgar isn’t it...I don’t think that’s a very nice conversation to have publicly at all.

Here’s the thing: what Winslet said isn’t wrong. It is her opinion, and she isn’t promoting gender inequality per say; instead she is simply saying that these conversations make her uncomfortable. And some Twitter users agree:

But many are upset about her comments, and for good reason:

Because Winslet is a very public figure (and one who has fought for women's issue before), her refusal to talk about it is problematic. Her refusal is dangerous.

You see, the pay gap affects women at every level. In America, women make just 77 for every dollar a man makes. (And things aren’t much better in the UK, where men earn an average of 14.2 percent more than women.) It is a problem, and the only way we can fix problems is to speak about them — to stand up against them. When Winslet says she thinks these conversation aren’t “nice to have,” she is implying that women should be quiet about the pay gap, that we should stick to conversations the feel "nice." She's essentially saying that we should accept things the way they are. And I couldn’t disagree more.