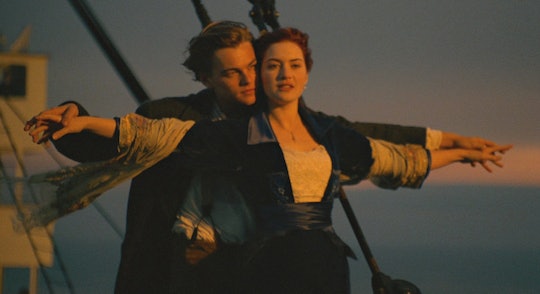 After nearly 20 years, actress Kate Winslet confirmed an uncomfortable truth from the '90s blockbuster disaster movie, Titanic. According to Entertainment Tonight, the British actress appeared on Jimmy Kimmel Live! this week to talk about spending time with her Titanic co-star Leonardo DiCaprio at award ceremonies over the years. During the interview, Winslet admitted that Rose could have saved Jack in Titanic, reigniting a debate that has plagued fans since the movie’s 1997 release.

It happened when Kimmel asked the Oscar-nominated actress about one of Winslet’s and Dicaprio’s most celebrated on-screen romances: Jack and Rose in Titanic. Referring to the movie’s heartbreaking climax, Kimmel pointed out that Winslet’s character "let him freeze to death in the water." "I agree," Winslet said. "I think he could have actually fit on that bit of door."

Kimmel and Winslet were, of course referring to the scene in the movie. Fans will know the one I mean: Rose and Jack had managed to escape the sinking ship, but were floating in open sea hoping for rescue. Ever the gentleman, Jack made Rose lay on a large, broken door so she wouldn't freeze to death. Jack tried to get on too, but the door threatened to sink. Instead, he dangled in the water alongside Rose, holding her hand and willing her to live.

Then, it happened. A lifeboat appeared in the distance, offering Jack and Rose a chance to get to safety. Rose woke up and tried to nudge Jack awake so that they could get the captain’s attention. But while she was asleep, Jack succumbed to hypothermia and died there in the water, just inches away from her.

Excuse me while I cry ugly tears (once again) for everything that Jack and Rose could have been together.

But could Jack have survived? Yes! He absolutely could have! At least, that’s what thousands of fans screamed at the screen back in 1997 while watching Jack’s tragic demise the first time. Pretty soon, internet sleuths got on the case and the question of whether Jack could have survived the Titanic became one of the most popular mysteries on the web.

According to Entertainment Weekly, the question was the most requested myth of all time for Discovery Channel Mythbusters hosts Adam Savage and Jaime Hyneman. And in 2012, the pair decided to put the question to rest once and for all.

Here’s the three-minute clip of their real-world test.

As the video makes clear, the door at first seemed just as unsteady and unable to support Jack and Rose as it did in the movie. But it turns out the pair could have survived, according to the Mythbusters team, had Rose been a little more willing to let go of that life jacket. In the video, the show host tied the life preserver that Rose would have been wearing to the bottom of the door, making it more bouyant and stable. Not only was the door less likely to tip after that small fix, more of the testers’ bodies were kept above water, which would have helped Jack and Rose avoid the worst effects of hypothermia.

At the end of the test, Hyneman told Titanic director James Cameron that Jack’s death was “needless” and could have been avoided had Rose been a bit more noble.

But, as Cameron pointed out with a chuckle, that probably wouldn’t have mattered in the end. “I think you guys are missing the point here,” Cameron responded. “The script says Jack died. He has to die. So maybe we screwed up and the board should have been a little tiny bit smaller, but the dude’s goin’ down.”

So, Jack and Rose were doomed from the moment they met. Rest in peace, Jack Dawson. Apparently you never really had a chance.