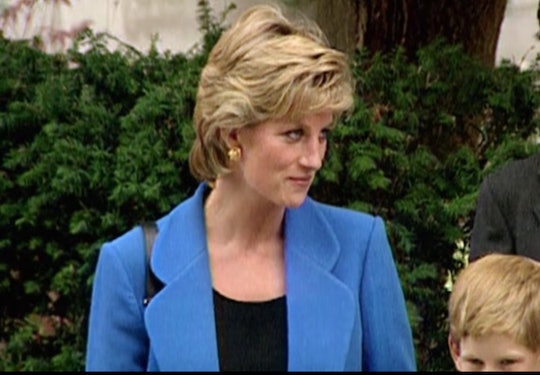 In August 1997, the sudden death of Princess Diana sent shockwaves around the world and many can still remember the tumultuous week that followed. In an essay for InStyle, journalist Katie Couric remembers Princess Diana's funeral nearly 22 years after the royal's tragic death, noting how grieving for Diana stirred up feelings of anticipatory grief as her late husband Jay Monahan battled colon cancer.

"Although I was reporting on what was going on, I too was mourning Princess Diana," Couric wrote for InStyle. "And at the same time, I kept imagining what would happen if my husband died from the cancer that had taken over our lives."

Discussion of Prince William and Prince Harry, the two young sons Diana had left behind, spurred Couric to think of her own children and how they might fare if Monahan was to lose his battle with cancer. "The young princes made me think of our own young daughters and what losing a parent might mean for them," Couric wrote. "At one point, the producers had to take the cameras off me, because I was so choked up and tears started to stream down my face."

While Couric had significant experience covering Diana and the rest of the royal family for the TODAY show, it wasn't until June of 1996 that she met Diana in person. Their meeting came when Couric was invited to speak at a luncheon honoring the Princess of Wales in Chicago. "I was nervous to meet Princess Diana," she wrote, noting that they were sat just two seats away from each other at the lunch. "We chatted and she told me she liked my pink lipstick."

When Couric asked the princess if she was looking forward to returning home after a whirlwind trip abroad, she says Diana gave an candid answer. "I will never forget her response: 'I would be, but I’m going home to an empty house,'" Couric wrote. "This was as she was finalizing her divorce from Prince Charles, and she seemed a bit melancholy and lonely. My heart broke a little for her." During Diana's three-day visit to Chicago, The Chicago Tribune noted the trip had fallen "at a miserable time" for the princess as "her divorce [had] been dragging on for six months with no end in sight."

It was a little over a year later, on Aug. 31, 1997, that Princess Diana was critically injured in a car accident in the Pont de l'Alma road tunnel in Paris, France. Although Diana survived the crash, she suffered massive internal injuries, including lung damage, which ultimately killed her, according to a report from CNN.

"I’ll never forget where I was when I heard that Princess Diana was critically injured," Couric wrote, adding that she spent hours "glued to the TV" at her home in Millbrook, New York, waiting for updates. "I was so upset and holding my breath like the rest of the world. But eventually, Brian Williams announced she had died. I was devastated."

Within days Couric was in London to cover Princess Diana's funeral for NBC News. In her essay for InStyle she described the scene as "surreal," noting that the whole city appeared to be in mourning. "There were mounds of flowers everywhere, and a long line of people waiting to sign a condolence book outside of Kensington Palace," she wrote. "The lines seemed endless and the crowds were huge."

While Couric cited Elton John's performance of "Candle in The Wind" to be "one of the most moving moments" of Princess Diana's funeral, she said the sight she'd never forget was Prince Harry, then only 12, and Prince William, then 15, walking behind their mother's casket to Westminster Abbey. To Couric both boys looked "both sad and brave," she wrote.

But, according to Couric, Princess Diana's ability to inspire millions around the world has continued to live on well beyond her death. "Now, 22 years after that tragic car accident, Diana is preserved in our memories: young, vibrant, and still figuring out who she was as she entered a new, exciting and probably nerve-racking period in her life," she wrote. "So much lost potential, but so many indelible images of a woman — loving her boys and finding her purpose, as well as herself. And in death, as in life, inspiring all of us to do the same."

More Like This
A New 'Golden Girls' Themed Restaurant Is Happening!
Bindi Irwin’s Daughter Grace Loves Visiting “Grandpa Crocodile” at the Zoo
Drake Shared A Photo Of His New Face Tattoo & It's A Sweet Tribute To His Mom
Anne Heche Remembered As "Loving Mother" To Her Two Sons After Her Death At 53