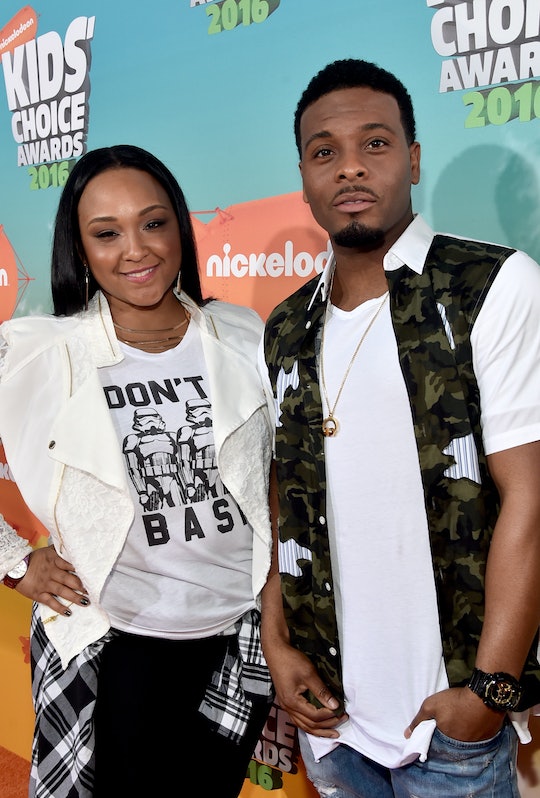 It made for quite the pregnancy announcement: Actor Kel Mitchell announced his wife's pregnancy with an awesome Good Burger tribute on Tuesday, giving fans of the reason more than one reason to celebrate. Mitchell posted a picture on Instagram of himself and his wife, Asia Lee, wearing Good Burger hats while Lee showed off her pregnancy bump. Mitchell's Valentine’s Day shot was captioned:

We have a bun in the oven! Thank you @therealasialee for being the best wife to me the best friend to me and now the best mom to our blessed baby!! I love you so much!

The pair were dressed as Good Burger cashiers, and Mitchell flashed an burger at the camera as he looked at his wife. (Lee, for her part, held an orange soda next to her bump.) The throwback to the '90s show, which was one of Mitchell’s most memorable early roles, brings a nostalgic twist to the couple's happy news. It also makes the phrase “bun in the oven” — which is just slightly overused — so much better.

This will be Mitchell's first child with Lee, although the actor also has two children from his first marriage to Tyisha Hampton-Mitchell: Lyric and Allure, who are both in their teens now, according to Page Six.

Lee reposted the Good Burger-themed pregnancy announcement on her own Instagram account, as well, captioning it with a sweet message. "Thank you @iamkelmitchell for loving me unconditionally from the very beginning!!" the rapper and designer wrote. "I am blessed enough to get to call you my best friend & my husband everyday & now I get to call you my baby daddy!"

Mitchell and Lee just recently celebrated their five-year anniversary, having married in January 2012. And Tuesday's creative pregnancy announcement wasn't the first time Mitchell has reprised his role as Good Burger's Ed — according to People, Mitchell dressed up as the character for a Super Bowl LI appearance just over a week ago. He also teamed up with Good Burger costar Kenan Thompson for sketches in 2015 and 2016 for both The Tonight Show and a Fandango campaign.

Congratulations to the happy couple on their first child together! Now, can we please fast-forward to their birth announcement? I'm definitely expecting Good Burger-themed picture — and I can't wait to hear Mitchell do a stand-up bit about the ups and downs that come with being a father.