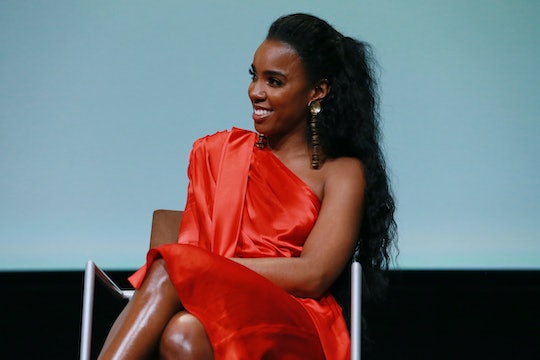 Why Kelly Rowland’s Lifestyle Changed Drastically After Losing Her Mother

When her mother, Doris Rowland Garrison, died of heart failure in 2014, Kelly Rowland was thrown. “I changed my whole life after that, as you can imagine,” she tells Romper during a sit-down interview in New York City. She changed what she ate, how often she was active, and the level of priority overall wellness would take in her life. For Rowland it wasn’t just about the physical. It was mental, too — especially when she became a mother and the primary example of how to live life for her only child.

Up close and personal, I’m instantly struck by her warmth. Rowland, best known as one-third of Destiny’s Child, claims that she works hard to maintain a healthy and active lifestyle. This makes even more sense when she opens up about losing her mother to heart disease.

However, a drastic overhaul to Rowland’s day-to-day life was also inspired by becoming a mother herself. Rowland, now 38 years old, welcomed her first child, Titan, in November 2014 — just one month before her mother’s death.

As for keeping her son active, too, that’s not a problem. “He’s 4! He’s definitely active.” Rowland reminds me when I ask. To keep Titan’s attention, Rowland says that she likes “getting him outside, getting him around sunlight” and just being able to have “a good time” with him no matter where they are.

I knew I was his first example of everything, and it’s changed everything.

Four years into motherhood she is focused on health in all its forms. She recently partnered with Honey Nut Cheerios on a heart health initiative — something she says wasn’t a leap from her usual agenda.

“I just talk about it ... to any and everybody who will listen basically,” Rowland explains. “I think it’s important that we educate ourselves and educate each other, whether it’s nutrition, or anything that comes to just living a healthier lifestyle.”

Aside from the nutrition and active aspects, Rowland hopes to encourage women to be aware of what’s going on inside of their bodies. Rowland understands that many people prefer the “out of sight, out of mind” technique when it comes to health, but waiting until it’s too late to make positive change can have devastating results. Her mother was a grandmother to Titan for barely a month before her death at 66 years old.